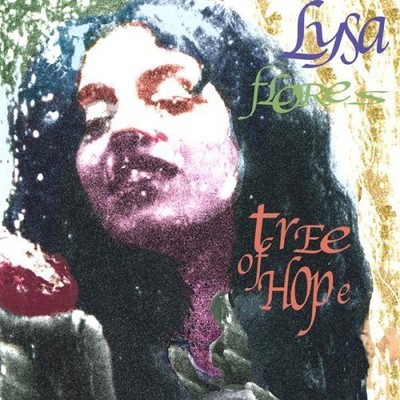 Lysa Flores / Vocals & Guitars D.J. Bonebrake / Drums & Percussion Dave Green/ Guitars Dave Jones/ Bass Lysa Flores was born and raised in East Los Angeles, a first generation Mexican-American, and has been a pioneer in the Chicana alternative scene since her teens. She was named by Newsweek as one of 20 young Latinos to watch in the new millennium and was featured in John F. Kennedy's 'George' magazine. Lysa has supported many cultural and community causes and her list of benefit concerts include performances for the homeless, education, the environment and the Zapatista struggle. She has been a member of legendary performance-artist El Vez's band since 1996, traveling across the globe to crowds of up to 100,000 people. As a solo artist, she has opened for the likes of Los Lobos, John Doe of L.A.'s legendary punk-band 'X', Green Day, Victoria Williams, and Mexico's leading rock group, the Jaguares. Lysa has also joined L.A. punk pioneer Alice Bag to form Stay At Home Bomb in 2003. The idea for Stay at home bomb grew out of Alice's and Lysa's boredom with the state of music and the inability to keep a tidy home. Stay At Home Bomb's debut release is due out in April 2004 on Dionysus Records. Yet Lysa's talents are not confined to music. In 1997, she landed a starring role in the critically acclaimed indie-film Star Maps --a favorite at the 1997 Sundance Film Festival-- and, for this, earned a Best Debut Performance nomination from the Independent Spirit Awards. She also served as the film's musical director (which was the first feature film to utilize a track by folk cult-hero Nick Drake), as well as producing the soundtrack for Geffen Records Additionally, she's appeared in the film 'Menace' (1999), was musical director for the film 'Blink of an Eye' that same year, had a recurring guest-starring role on the popular telemundo novela 'Reyes Y Rey', and was the lead for the sold-out Hollywood theater production of 'The Furthest Room', a play based on her songs. She runs her own record label 'Bring Your Love' which has released her bilingual, street-smart, but literate, folk-punk-- 'Tree of Hope' (1998) and roc en espanol artists Los Tijuana Bibles 'Women are from Venus Men are from Mexico.'(2002) Lysa's follow up CD titled 'The Making of a Trophy Grrl' is due out this year (2004).

Here's what you say about
Lysa Flores - Making of a Trophy GRRRL!.