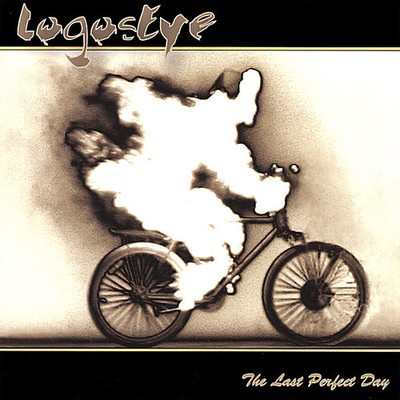 In 1997, before ever actually seeing the delivering end of a stage, LogosEye recorded a 5-song demo named "Broken Now is Everything" with engineer Gary Schroeder and producer Mike Krum (Mobius, Dfive9) at GAS House Studio in Portland, Oregon. With CD in hand, LogosEye headed for the clubs landing their first show at Portland's notorious Satyricon Club. Their second show was booked in Portland's Paris Theatre where they managed to pre-sell 100 tickets to friends and family really packing the place and grabbing the attention of Pat Patterson. Patterson ran a local radio program called "The Morning after Show". LogosEye hit the air with Pat who played a few tracks and interviewed the band about the making of their CD during his four hour radio program. It was all uphill from there. In 1999, a line-up change brought Roger Hammonds to drums and Chris Gattman (from A Lesser God & Dead Red Head) to vocals and lead guitar. This freed up Todd to hold down and colorize the rhythm with Mike and Roger. This new dual guitar sound defined LogosEye's harder edge while pouring the sonic foundation of their softer trip-rock side. In 2000, LogosEye released their first full-length, self titled CD. (The sun cover) Tracks from this CD have been used on The Rick Emerson show, a radio talk show on 970 AM in Portland. 'Mechanoid', one of the featured tracks, was written for Team Juggerbot. Juggerbot is a Battlebot that was featured on TLC's Robotica, Battlebots, and the Robot Wars television series. Later in the season, vocalist Chris Gattman, who was on Team Juggerbot's crew, created the Battlebot 'LogosEye'. Chris (Gatt) competed with LogosEye on international TV even traveling with bassist Mike Light to England to compete. The Learning Channels producer and crew came to Portland to film the build of the robot LogosEye and spent some time with the band filming live video of the song 'Mechanoid' for the shows promo spots. LogosEye has played stages from Eugene to Seattle with great bands like Floater, Blyss, Dfive9, Jollymon, TV616, The DragonFlies and many more in these areas most notable clubs.

Here's what you say about
Logoseye - Last Perfect Day.