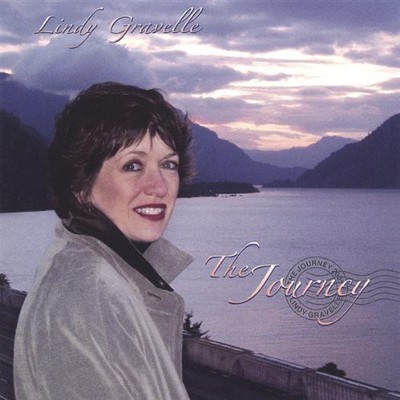 'The Journey' is similar in format to my album 'The Change,' in that I've included seven original compositions interspersed among five enduring standards:'What the World Needs Now Is Love,' (a hit by Jackie DeShannon), 'At Last,' (a hit by Etta James), 'Fever' (a hit by Peggy Lee),'Linus and Lucy' (the Charlie Brown theme song by Vince Guaraldi) and 'Bye Bye Blues' (recorded by countless artists). Again, you'll find a fairly wide spectrum of styles that I've enjoyed performing throughout my career to a variety of audiences. What great fun and musical challenges it's given me in the process... During the course of the year I spent in making 'The Journey,' I hit a milestone birthday, lost a dear and young brother-in-law to ALS (Lou Gehrig's Disease), and experienced my share of ups and downs of life and love that we all go through. The message that kept coming back to me was one that I've heard a lot in my life: we should treasure each moment of each and every day that we're given on this earth, for we never know when the moments will end... My hope is that my music will add some enjoyment to some of your moments as you continue along your life's journey... Biography: Lindy grew up in the small town of Heppner in Eastern Oregon, where the landscape was as broad and open as Texas. 'It was cowboys and ranchers, and the big deal of the year was the rodeo.' Her parents owned Heppner's popular Wagon Wheel Café. For entertainment at the Wagon Wheel, Lindy's father led her brothers and sisters in a country and western band, performing songs by Hank Williams, Buck Owens and Patsy Cline. Lindy made her debut as a performer at the age of three, when her father brought her onstage for a nightly solo. 'Our house was a short walk away,' Lindy recalls. 'They'd bring me out to sing and then Mom would take me home to bed. When I was eight, I started playing piano and singing as a regular member of the band.' She fell in love with the music. 'With such simple melody and harmony, a country song can just pierce the heart. It was a great way to share family time-- being together, making music together,' she says. 'The music was fun, and I loved seeing other people's joy, seeing how much the music meant to them.' A contract with Ripcord Records marked Lindy's transformation from band member to recording artist, and spurred her on to write more and more of her own songs. In 1980 she moved to San Francisco, where Lindy and her country-rock Red Dog Band gained notoriety in and around the Bay Area and won opening slots for Michael Martin Murphy, Hank Williams Jr., Commander Cody and other stars. Soon Lindy's management was pointing her to Music City. In 1985, Lindy made the move to Nashville, and Lindy's fresh, original songs began to get noticed. Marsha Thornton's single and video of Lindy's composition A Bottle of Wine and Patsy Cline became a regular play on CMT. Exit 99 was a single for CeeCee Chapman, and was featured on Lorrie Morgan's gold-selling 'Warpaint' album. Mila Mason included One Thing Led to Another on her Atlantic released 'The Strong One', and Lindy herself became a fixture on the Nashville club circuit, packing in the loyal crowds who gravitated to the easy intimacy of her agile, jazzy piano work and her witty and soulful vocal style. As the millennium turned, Lindy Gravelle's thoughts turned as well, to her roots in the Northwest, and she decided it was time to go back to her Oregon roots. Now based in Central Oregon, 'where the high desert meets the Cascade Mountains,' the gifted musician singer composer says she finds renewed inspiration within in the dramatic natural environment she cherished growing up. 'Turn to the West, and you see the mountains,' she says. 'Turn around to the East, and it's all high desert, juniper and sage... 'The landscape gives me balance; it leads me up and takes me down. ' I love the Old West, and the spirit of the Old West is alive here.'

Here's what you say about
Lindy Gravelle - Journey.