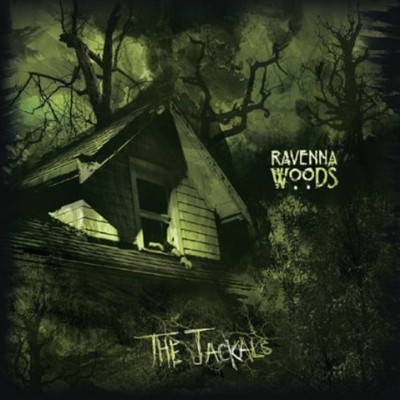 With a reputation for frenetic live performances and penchant for well crafted, unconventional indie rock, Ravenna Woods provide a crucial reminder to Seattle, WA's music scene that, as Spin put it when describing the band, "Just because it's acoustic, doesn't mean it must be pastoral and warm." On the eve of their upcoming release The Jackals, that statement is more relevant than ever. Comprised of Chris Cunningham on lead vocals and guitar, Matt Badger on an unconventional setup of drums, Sam Miller steadying the arrangements with piano and subtle bass work, and Brantley Duke on vocals, guitar, xylophone, keyboards and percussion, Ravenna Woods has quickly become a favorite among Seattle concert-goers and music cognoscenti alike. Born out of demos written and recorded by Cunningham while teaching abroad in an isolated oceanic village, the band developed around the art of making more with less. Their 2010 full length Demons and Lakes and subsequent follow up EP Valley of the Headless Men earned them top album status from Seattle indie radio stalwart KEXP two years in a row and a dedicated following across the Pacific Northwest. Now, after a year and a half of writing and recording new material, Ravenna Woods is ready to begin their next chapter. Growing eerily from silence, a flood of analogue chirps heralding the arrival of "Eidetic" sets the stage for The Jackals. Expanding on their own distinct brand of darkhorse-acoustic-indie, songs on The Jackals create cavernous, ambient soundscapes that flux with dynamic and heavily percussive pieces ranging from the starkly minimal "Kenya," (inspired by a trip Cunningham took to the spectacularly wild lands of the Maasai Mara in East Africa) with it's stately horns and thundering toms, to the labyrinthine epic "Border Animals." During the elusive title track, "The Jackals," the melody seems to hang ominously in the air while chord structures shift like unstable landscapes beneath Cunningham's anthemic lyrics. Lyricist Cunningham gives The Jackals a surreal, urgent purpose, with Kafka, McCarthy and their ilk's influence clearly present in his writing. Prominent overarching themes of distrust and paranoia snake throughout the record; shady government agencies, sociopathic predators operating in distant countries, even friends and loved ones ready to rollover on you at the drop of a dime peer around the edge of every chorus. 'They've got your jobs, friends, lovers all calling you out!' Cunningham desperately warns at the end of Border Animals. There's also a recurring sense of letting go that runs throughout The Jackals. Not a resigned, morose self-pity, but rather a defiant, Butch Cassidy and the Sun Dance Kid -we're full of holes and bleeding out anyways...might as well go out in a hail of gunfire release. One of the most compelling - if not just plain interesting -records of 2013, The Jackals exists entirely of it's own design. 100% produced and recorded by Cunningham and close friend Chris Proff in their century old Seattle home; this is imagination brought to reality without compromise or boundaries.

Here's what you say about
Ravenna Woods - The Jackals.