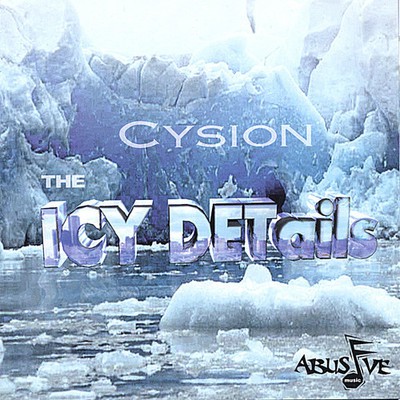 Have you ever heard a rap artist that sounded like he was going to reach from inside the speaker and pull you in to the song? You know, like when you listen to the vocals; it's like the lyrics draw a picture right into your head? Then you catch yourself hitting the go-back button, in total amazement. Yeah, the Great Ones have that effect, Tupac, Biggie, Jay-Z, Nas, amongst others. When a rapper has an effortless flow, distinct voice, the skill to manipulate the English slanguage at will, mixed with an innovative approach that's usually a formula for success. And when you add a character that has a passion for what he does, what you have is Greatness. It sounds so simple doesn't it? Please don't get it twisted though, artists like this are few and far in between and we should be lucky to find one every 10 years. But I have one for you right here, Cysion the Slickest. Cysion's versatile rap skills define him as a Dope ass MC period. Born and raised in Detroit, Cysion's story is one of struggle and strain, strength to maintain, but finding glory through pain. On the eastside, that's exactly what it is, a struggle. You struggle for money; it's a struggle for power it's a struggle to live well. It takes much heart to come out on top. The streets eat weaks alive /only the strong survive /got to be wise and/ never slip in on the grind. It's all about the money and respect, cash, clothes and 304s. Detroit is a hustler's city, everybody's a hustler, you got to carve you niche in the game or you will get carve out, in a blink! That's just how it is. It's not about what you say it's all about what you do and how you do it. Cysion carved his niche as an influential, educational and motivation vocalist and has been using his music as a vehicle to drive his point of view home, which he does real well. It's going on ten years since he started on his path towards success in music and life in general. 'Before I start rappin. I was making beats bangin on the lunch tables, in gym class on the bleachers, any and everywhere people was gathering at. 'I always wanted a set of drums to learn how to play but I never did get them. I guess you can say I had to take matters into my own hands. I used to get kicked out of school like twice a week for making beats on everything. Even then I keep everybody rockin though, yellin chants and hooks and all that!' It was that type of response that fueled Cysion's fire to move crowds. That's when his influence on people started to show. I realized that god gave me a very special talent when I seen peoples excitement for my music. It's very influential. It was like I was cookin crack or something, but the product I 'm pushin is legal dope. That's why we call my music Abusive Music, It's a high impact product that's gets people hooked on it like an abusive substance.' In 2000, CS started his Detroit production company where he begin to really master his craft. After making his emcee name known in and around the city, Cysion moved to Chicago. He took his creative interpretation of Detroit and hit the road. While he was out of town he recorded his debut album, the Detroit hip-hop classic 'The Icy DETails'. Never losing touch with his hometown like so many do when they leave Detroit, Cysion created a high level demand for his style while representin' the D' to the fullest. Having a very noticeable impact on the underground hip-hop scene and with his debut he was clearly on top of his game and well his way. But the Abusive Music substance that people have come to know and love almost never happened. While recording his first album 'The Icy DETails' Cysion lost both his parents who died within two months of each other. This striking twist of fate sent Cysion on a self-destructive path that if not for the creative outlet that hip-hip provided for him, could have and would have destroyed the multi-talented rap artist. His family was torn apart by the death of his parents and even though he is the youngest of five siblings the responsibility of holding things together fell directly upon his shoulders. The trials and tribulations of his struggle is what he depicts in his vocal style. The character of a person is built through his or her experiences and that's what makes Cysion such a pleasure to listen to, it's all real. Everyone who has a life has struggled with something. Be it, the street-life, relationships, family issues, legal problems, or even struggles with our-selves. People wonder what is it, they wonder how he does it, where does it come from, and they want it. Cysion definitely has it. It comes from his hunger and pain. It's a strength you build when your always fighting against the odds, going against the grain and it's not easy. That's what makes an artist special, when they represent the struggles and successes in life, pull you in to their world and make you feel like your right there with them. Cysion is focused, driven by a force not to be stopped, he is on mission to be heard serving as the survivalist voice of the street. Slick wordplay, a Slick flo with orginality, clever concepts, with an aggresivly smooth voice Cysion is the Slickest. If your sleep on this tremendously talented artist your in for a hard hitting wake up call. Wait until you hear Cysion the Slickest and his Abusive Music.

Here's what you say about
Cysion - Icy Details.