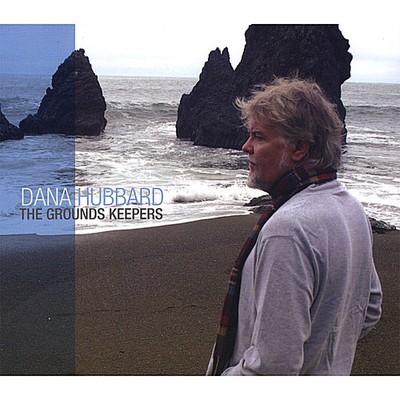 '...a cross between Bruce Cockburn and Jorma Kaukonen!' -Andre de Channes, host of 'Thursday Night Live' -KRSH 95.9 FM Santa Rosa, CA Dana Hubbard wears two hats! He's always been a singer/songwriter and he's always been a blues player. While these two categories are not mutually exclusive, the music-genre police would like you to think so. But they're about marketing. Dana's about music. Born and raised on the Central Coast of California, he attended UC Santa Cruz only long enough to finish an elective course on County Blues. Then he hit the road and never looked back. With acoustic guitar in hand, he busked the streets of Berkeley and San Francisco, eventually putting together his own band, The Delta Twisters, which he successfully led through the burgeoning Blues scene. By this time, the guitar in his hands had become electric and he was going to the school of the Blues, -playing clubs, juke-joints, biker-bars and eventually bigger venues and theatres. He was sharing the stage with legends like Albert King, James Cotton, Etta James and eventually graduated to opening shows for folks like Greg Allman, Chris Isaac and Robert Cray. All this performance experience culminated in his first CD release, 'Tummy Lust', which showcases his impressive singing and guitar skills as well as the songwriter in Dana. And you just begin to hear the reemergence of the acoustic guitar . By the time his second CD, 'Livin' Live', is released, the acoustic guitar has become once again, his main instrument of choice. What Dana does on acoustic guitar with only his hands is amazing to see. You hear the bass and he back beat rhythm along with the melody and cords. It's hard to imagine it's just one person, even when you're looking right at him! On his latest CD, 'The Grounds Keepers', every track is a single guitar performance, -no overdubs! -no cheatin'! -no second chances! And the singer/songwriter is front and center, addressing issues of environmentalism and social injustice in a voice that is sometimes a growl, sometimes a lilt and a laugh, but always with a little twinkle in the eye! He has a social activist soul with a bluesman's grin! Top 10 Finalist 2008 FOUNDERS FOLK & BLUEGRASS FESTIVAL Songwriting Competition, Snowbird, UT. Top 10 Finalist 2008 TUCSON FOLK FESTIVAL Songwriting Competition, winning a 3rd place tie. Top 10 Finalist 2007 TUCSON FOLK FESTIVAL Songwriting Competition Top 10 Finalist 2005 SOUTH FLORIDA FOLK FESTIVAL Songwriting Competition Radio Stations playing 'The Grounds Keepers' KPFT 90.1 HOUSTON, TX KLCC 89.7 EUGENE, OR KRSH 95.9 SANTA ROSA, CA KVMR 89.5 NEVADA CITY, CA.

Here's what you say about
Dana Hubbard - Grounds Keepers.