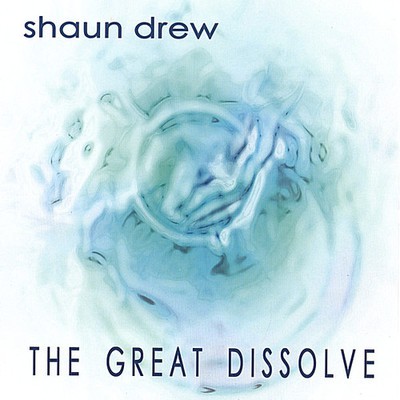 Album highlights include 'New Horizon,' 'When all is Washed Away' and 'Coming Home.' * * * Full of twists and turns, 'The Great Dissolve' is a musical experience that rolls out like a wonderfully daring indie film. It's easy to picture the atmospheric tracks backing a key turning point, suspenseful climax or devastating conclusion to a plot. Take the track 'New Horizon,' which starts innocently enough with softly plucked keyboard strokes, but later raises the dramatic stakes with it's layers of drums and laser-like effects. The song 'When all is Washed Away' evokes a darkly intelligent Alan Ball sensibility where characters from his TV show 'Six Feet Under' or film 'American Beauty' could be imagined mulling over the directions of their lives. Shaun Drew, the album's composer and producer, has a knack for keeping things interesting on the disc, where all sorts of instruments bounce off each other. 'Endless Dream' creeps into focus by way of orchestral string sounds, and is punctuated by a piano, some tribal percussion beats and guitar twangs. There's no confusion here, however. Like the overall feel of the album, the track simply builds up to a powerful cascade of melody. --Susanne Ault, Billboard staff writer 'New Horizon' by Shaun Drew travels inside, outside, and upside down, engaging you every step of the way....Full of emotion, excellent arrangement. The piece grows out of itself over and over again, taking anticipation to the next level." -- Broadjam Staff Reviewer Shaun Drew is a Southern California-based producer & musical composer with roots in both orchestral and electronic-based music. Past projects include arranging an album of string quartets based on Paul McCartney's original creations, and he more recently produced several songs for [several LA-area artists]. The Great Dissolve is Drew's independent project that he intends to support with live shows. From the outset, the Great Dissolve has the feel that it's going to be a worthwhile musical experience. I've listened to this album at least a dozen times so far and featured various tracks on my weekly [email protected] radio show to consistently-positive response from the show's listeners. While there have been times I've listened to it in the wrong mood, or in an incompatible state of mind, more often than not these tracks stand the test of time. Suffice to say, I still enjoy this album and wanted to share my thoughts on it. When All is Washed Away drifts a piano through a chamber of ambient noise and light percussion in a well-constructed piece, setting the tone for what is about to unfold. Bold strokes of guitars gain attention. Insomnia follows in the flow of the instrumentation drifting from the opening track. It is a little more jazzy, with snappy percussive tones. It's weakness might be it's similarity to the tracks around it, as it lacks perhaps the signature component that allows most of the other tracks to stand out. Not that it's a bad track at all - the arrangement of strings is excellent and induces comfortable memories of better days - it feels more like an extension of the first track than charting it's own territory. New Horizon is an inventive, faster paced piece with darting piano, a gruff bass that knows where it's going, and the momentum edges towards point break. I can almost imagine a powerful, searing drum & bassline pounding down the atmospheric grooves at an outdoor rave. Emptiness is more of a classic ambient piece, with searing synths and an atmosphere of suspension in space. The entry of hard, poignant guitars and scattering toms is an awakening. I wonder if the void of emptiness leans more towards an aura of bitterness, before leading into contemplation. Amnesia comes across as a mesh of earlier tracks on the record, with a more pronounced bassline, and guitars that do the talking. The drums are solid and conduct electricity. It's interesting how the predominant themes of Shaun Drew's pieces are overcoming a deep loss, moving on, and starting over. I may be wrong in this but to me he's lost love and found himself. Or regrouped, and after a long, hard battle with himself, made amends. Endless Dream is a slow, enchanting composition with sliding, reverb-flushed guitars that remind me of the incredible little-known British act Cranes. This track continues Shaun Drew's consistent ability to craft harmonious melodies and non-abrasive hooks. A flute flutters by. While all of these tracks have the feel that they could be the last song of any night, Shaun Drew saves the most fitting for last with a rousing, almost sad and mournful Coming Home. After the Great Dissolve's extended instrumental behaviour, a choir of tired but wishful voices chime through the sonic splatter. The mood is perfectly aligned to the title of the track, a hard day's work, a long gruelling trip, or years at war are coming to an end, the wife and children will be waiting at the door, and life can start over again. If you're a fan of ambient music with reverberating pianos and an orchestral feel in the electronic age, I recommend Shaun Drew's Great Dissolve experience for your music collection. It makes for stirring background ambience, dinner music and cuddling in front of a fire, muted television or fish bowl on a grim Autumn day. --Sea, DJ, Universal Metropolis (UMFM), Canada.

Here's what you say about
Shaun Drew - Great Dissolve.