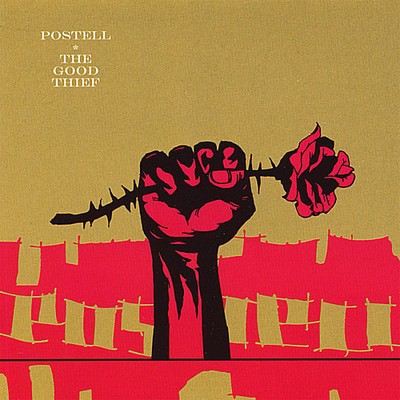 Postell - The Good Thief Postell can rap. He can flow. He can spit. He's 'kinda nice with the bump ba bump bump,' as he eloquently understates things on the album's triumphant title track. He rides beats with the natural ease of a born emcee. No stumbles, no unnatural pauses, no gasping for breath, but more than that he's got flows... plural. The man's been rapping since '93, came up in Decatur GA and now resides in Brooklyn NY, and it shows as he speedily squeezes syllables, deftly shifts cadences, nonchalantly flips styles, and expertly slings slang... especially on upbeat lyrical showcases like 'All I Do' and 'The Remainder. ' He even drops into a sweet R&B tenor. Yeah, he can sing too, and he does--with soul--on the funky-ass slow-burn of 'Sloppy' and on mature and reflective relationship jams like 'Michelle (extra kind)' and 'Speakin' For Jason,' the latter featuring an ironically buoyant bassline and tinkly keys juxtaposed against the raw sentimentality and heartbreak of the lyrics. It's not all grown and sexy (or remorseful in the case of 'Speakin' For Jason') though. Postell's The Good Thief is the record of a grown-ass man, but like any real man Pos is complicated. He might be grown, thoughtful and even a little bit wise, but he's still chasing paper, still chasing ass, and doing so with style. Tracks like 'Knees' and 'Inside Out' are single-mindedly carnal, well designed to get the ladies shaking on the dancefloor and elsewhere. There's even a Pos style take on intimate club (meets New Wave) on 'Slip.' That Postell can rap shouldn't come as such a surprise, but these days when so many folks are content to ride the same half-ass style throughout an entire album of filler banking on a couple of hooks and a couple of million dollar productions to make people forget about the rest, at least for their fifteen minutes, it kind of does. More than just a vehicle for a rapper riding beats, though, The Good Thief is a fully realized album, one that rewards multiple listens, and that's a testament to Postell's (and production partner and Q Brother, JAQ's) songwriting and musicality. The beats and rhymes are there--and they bang--but apparent upon closer listening are concepts, structures, ideas, and melodies that make The Good Thief a stylistically diverse rapper's record that folks will forever be bump ba bump bumping. - by Rob Babylon.

Here's what you say about
Postell - Good Thief.