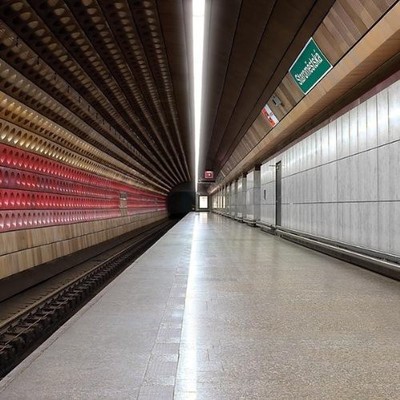 Steele, a stylized dramatic baritone, trained in the Bel Canto Singing tradition, has the versatility and range that give him the unique ability to sing a fine line between modern and operatic styles. Educated in music composition, theory, and multiple instruments at the renowned music college at The University of North Texas, Steele cites as his inspirations the composers, Claude Debussy and Erik Satie; writers T.S, Elliot and John Cheever; and pop musical icons David Bowie and Morrissey. "The Expat". The album starts off with a minute of mystery that quickly explodes into "Revelation on the Radio" and "Dramatic Girls Forever!" Throughout The Expat, Steele let's the tug of war between energy and ambience play out in such songs as "Via Satellite" and "My Brother, The Devil"-"Godwin Park", the most inconspicuous of songs-where as songs such as "So Pretty", "New York City", and "Staromestaska" in succession give pause to moments of beauty and anguish that capture the listener throughout the out the album until the more uncertain finale of "Star City." The Expat is described as a sound that combines energy and ambiance with a surrounding narrative. Joining Steele, who in addition to singing, plays guitar, bass, piano, and synthesizer on "The Expat", are guitarist Scott Ayers (The Walking Timebombs), guitarist Don Mackenzie, and drummer Richard Cholakian.

Here's what you say about
Steve Steele - Expat.