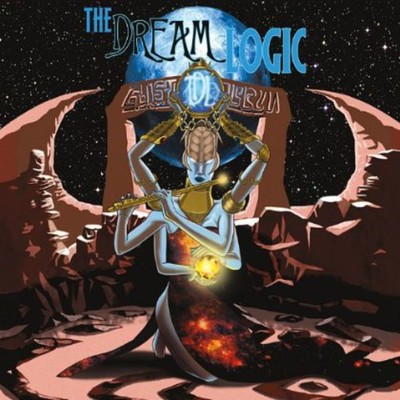 New York City based singer, songwriter and multi-instrumentalist Charles Compo has brought his fresh creative voice and trademark blend of edgy electric composition and playing style to hundreds of live gigs and studio sessions as a recording artist, headliner and sideman. Setting aside all the constraints of his rich and diverse musical past, Compo taps into his stable of powerhouse colleagues and friends to obliterate boundaries and expectations with The Dream Logic - a high energy, genre-busting musical collective whose freewheeling grooves, fusion, rock, funk and soul combine to create the ultimate jam band experience. For the The Dream Logic's joyfully schizophrenic but crisply penned, played and produced 13 track debut, Compo gathered his musical compadres in the old school environs of Greenwich Village's The Cutting Room, where everyone from Prince and 3 Doors Down to Jay-Z and John Legend have tracked. With the boards run by young engineer Matt Craig, Compo-a guitarist, saxophonist and flutist with numerous contemporary jazz albums to his credit-gave his batch of 10 vocals and three blistering rock-jazz instrumentals (one, "Bad Deal," with wordless vocals) to his rotating ensemble and let the dream logic of the concept happen organically. The core of The Dream Logic is Compo, veteran bassist Jerry Brooks (D'Angelo, Special EFX), drummer Camille Gainer (whose touring credits include Kool & The Gang, Les Nubians), Brian Dunne (Hall & Oates, Daryl's House), percussionist Mustafa Ahmed, (whose credits include an early rap hit and a tour with Grandmaster Flash) and Grammy nominated keyboardist Jeff Miller (Shakira, Jeffrey Osborne). Along the way, The Dream Logic sessions included key contributions from guitarist Eric Krasno (a founding member of funk/jazz trio Soulive), string bassist Mark Peterson (Vernon Reid, James Blood Ulmer, Cassandra Wilson), saxophonist James Casey (Phish's Trey Anastasio, Robert Randolph), and trombonist Mark Williams (The Legendary Roots Crew, Kool & The Gang). Highlights on The Dream Logic include the potential first single "The Decision" a fiery pop/rock driven tune whose lyrics reflect Compo's mission with the collective: he's got nothing to lose and will do as he chooses as he breaks out of "prison" and heads down an exciting but uncertain road. Another great entry point to the Dream Logic experience is the fiery jazz-rock fusion gem "Spooky Reaction," which features Compo's flute and Krasno's dynamic electric guitar sizzle. "Mustafa Sunrise," named for Mustafa Ahmed, is an exotic fusion instrumental with a spirited call and response between Compo's emotional sax and Krasno's guitar. As the ringleader of this joyous and unpredictable musical circus, Compo brings decades of eclectic experience to the table. Credits and collaborations include work with jazz warriors like William Hooker and Sonny Sharrock and performances with pop divas like Christina Aguilera and Martha Reeves. "This is my opportunity to create a project where my voice is there throughout but which also allows the great musicians around me to shine. It's about getting together and playing the kind of music we love. We're creating the dream as our own reality and we don't care about genres or commercial limitations, what we're doing is transcending boundaries with stuff we think will stimulate people's minds and souls."

Here's what you say about
Dream Logic - The Dream Logic.