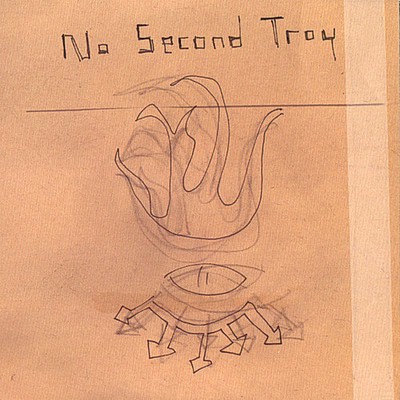 No Second Troy is a band on the verge of making the jump from the packed clubs of the DC indie-rock scene to the larger national stage. TMZ.com recently tapped the band as one of three Washington-area bands with the talent to "break out" of the DC scene, and AOL Cityguide hails NST as "one of the best unsigned bands in DC." Z104 radio listeners voted the band as one of Washington's ten best at the end of 2005 based on the strength of it's captivating live shows and the infectious songs from it's self-titled EP. Featuring the unparalleled voice of Jeff Wharen, backed by the band's subtle layering of electric guitars, synthesizers, piano, organ, bass, and drums, No Second Troy has found a way to blend the pop hooks of bands like The Fray, Snow Patrol, and Coldplay, with the unique indie-rock arrangements of acts like Death Cab for Cutie, Arcade Fire, and Stars. In 2006, the band's EP caught the attention of noted producer Ted Comerford, whose work with Zox, Virginia Coalition, Army of Me, and a long list of other critically acclaimed regional acts had made him one of the most sought out independent producers in the Mid-Atlantic. It also landed them a coveted slot at the North By Northeast (NXNE) festival in June of 2006. Having worked over the summer with Comerford and mixers Jeff Juliano (John Mayer, Jason Mraz, David Gray) and Mike Plotnikoff (My Chemical Romance, All American Rejects, the Cranberries) the group is nearly finished recording a full-length CD slated for release in January 2007. A little luck and a shared love of collaborative songwriting brought the band together in 2004. By that time, guitarist Tom McCarthy had already penned a catalog of modern rock gems with heart-wrenching lyrics, born out of his struggles with relationships and the untimely death of his mother during college. Meanwhile, keyboardist Mike Beach had recently moved to DC from Minneapolis, and was looking to share and arrange some new material of his own, which similarly was inspired by the sudden passing of his mother, and his post-college ruminations on relationships and an uncertain future. The duo's shared experiences naturally led to collaboration, and McCarthy quickly enlisted the help of Vijay Shanker, who was already an accomplished drummer by his early twenties, having played in critically acclaimed bands since the age of 13. The three realized quickly that they had great songs, but needed a frontman with an extraordinary voice to deliver the full impact of the music and the lyrics. By luck, they spotted an ad in the local musical classifieds placed by Wharen, who had just returned from teaching English in Korea after college. Not only did Wharen have the voice that NST is now known for, he brought with him some of NST's catchiest songs that he had written while abroad. Finally, NST enlisted successful touring bassist John Woolf who also took on backing vocals, providing the harmonies that round out so many of the band's songs. The band clicked, the songs were transformed from ideas into indie-pop masterpieces featuring Wharen's extraordinary vocals, and NST immediately caught the attention of fans and critics in late 2004 when XM radio featured some of NST's early tracks on the R/A/D/A/R Report, a show that highlights the best unsigned artists nationwide for the week. Only months later, the band won the 2005 OnTap Magazine Texas Road Trip competition on the strength of it's live performance, earning a free trip to South By Southwest (SXSW) in March of 2005 and a performance at Buffalo Billiards on Sixth Street on the final day of the festival. The band then recorded and produced it's acclaimed self-titled EP in the spring and summer of 2005,which it supported by playing to bigger and bigger crowds at venues such as Iota Club and Café and DC9, Arlene's Grocery in New York, and the 8X10 club in Baltimore. TMZ.COM 'Don't worry record execs, there are plenty of talented unsigned artists left on the DC scene. No Second Troy [is] just [one] of the DC bands looking to break out.' WASHINGTON POST 'Smooth without being slick ... tight ensemble playing and a fundamental sense of harmony.' AOL CITYGUIDE ''One of the best unsigned bands in DC...'' XM RADIO Featured as one of the '12 most notable [unsigned] bands in the United States.' ONTAP MAGAZINE Winners of the 2005 SXSW Festival Road Trip LEFT OFF THE DIAL ''...Something of a rarity as a cohesive unit of gifted soloists who know how to share the spotlight... [NST]...is making a quick departure from it's ''unheard'' status.'' DCist.com '...they have caught the attention of critics and fans with extensive touring. We also suspect the touring is why they sound pretty damn good.' WASHINGTONPOST.COM MP3 'Editor's Pick' Z104 Featured Artist and voted one of the Top Ten D.C.-area Bands of 2005.

Here's what you say about
No Second Troy - Draft EP.