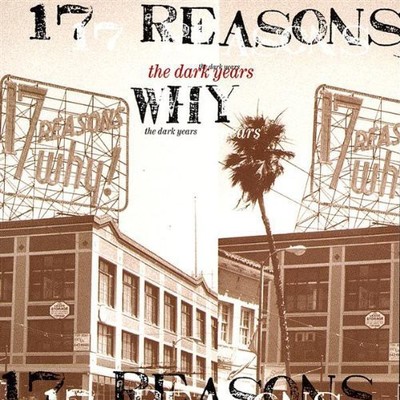 17 Reasons Why is a Portland Oregon pop-rock band that getting it's fair share of national attention lately. One of twelve bands that won the MUSICIAN Magazine 1998 Best Unsigned Band Competition, they were featured in the October 1998 issue of Musician. 17 Reasons Why is also the focus of a special VH1 spotlight containing footage of their polished, high-energy performance on the VH1 'Rock Across America' stage as well as excerpts from an interview with VH1 veejay John Fugelsang. Most recently, they were named the Grand Prize Winner in the Sony Battle of the Bands compeition, earning them a demo deal with Sony Records. 17 Reasons Why creates songs that are hauntingly melodic, lyrically incisive, emotionally deep, and yet retain a rhythmic buoyancy and an uplifting soulfulness. Occasionally compared with artists such as Counting Crows, 10,000 Maniacs (the original), Sam Phillips, REM, and Sarah McLachlan, 17 Reasons Why has forged a style completely recognizable as their own. The band self-released it's debut CD entitled The Dark Years to unanimous critical acclaim in June 1997. East Coast indie label Laundry Room Records licensed The Dark Years and released it nationally on October 20th 1998 (Proper Distribution). 17 Reasons Why has received an impressive amount of commercial and college radio play. They are the first and only unsigned band ever to be played on KBBT 'The Beat' 107.5 FM (A/C). KINK 101.9 FM (A3) has selected five songs from the CD for radio play and KNRK 94.7 (modern rock) calls 'Nothing Left to Talk About' 'one of the most radio ready singles' they've ever heard. 17 Reasons Why can be heard on about 50 radio stations nationally, Laney Goodman's nationally syndicated 'Women In Music' and 'Modern Rock Minute', airing weekly on over 300 stations. Sattie Clark: lead vocals, rhythm guitar Chris Nolan: bass Kirk Nebel: lead guitar Eric Kaster: drums Abbie Gonzalez: harmony vocals 17 REASONS WHY is descended from Big Blue Marble, a Portland folk-pop band that broke up in the spring of 1994 after achieving national college radio air play with their live single 'Just Say When'. After swearing that they'd never speak to each other again, Sattie, Chris and Brandon O'Brien re-formed as The Sattie Clark Band in the summer of 1995 and changed their collective name to 17 Reasons Why at the beginning of 1996. Kirk Nebel took up lead guitar duties in April of 1997 and Eric Kaster (formerly of Ivan's Wish) replaced O'Brien on drums in June 1997. Abbie Gonzalez became the band's first official permanent harmony vocalist in March 1998. She also plays accordion and tambourine.

Here's what you say about
17 Reasons Why - Dark Years.