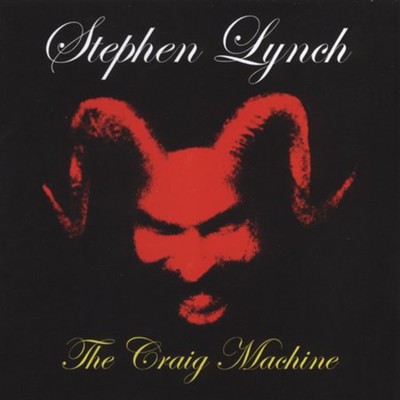 Growing up in the woods of Northern Michigan, Stephen Lynch always had music in his life. But it wasn't until he saw the movie 'This is Spinal Tap' that he found his direction - to be a comedic singer songwriter. Lynch moved to New York City in 1996 to put his music to the test. Disarming audiences with his sweet-voice and blindsiding them with his lyrics, Stephen found welcoming fans at the city's comedy clubs and downtown alternative comedy venues. He became a regular on radio shows such as 'Opie and Anthony' and over the next couple of years began touring the country's nightclub and college circuit building a loyal fan base. In 2000, Stephen released his own 'Comedy Central Presents' special, which was one of the highest rated specials for the network. Later that year he released his first CD, 'A Little Bit Special' (What Are Records), which was labeled 'an instant comedy classic' by CD-Now. In 2002, Stephen released his second CD, 'Superhero' (What Are Records), a collection of live recordings from five different venues in and around New York City. Collectively, the two CD's have sold over 130, 000 copies. In 2004, Stephen released his first live DVD, 'Live at The El Rey' (Razor & Tie). Recorded live at The El Rey Theatre in Los Angeles, the DVD contains over 70 minutes of live performance featuring 16 songs and over an hour of bonus material. To date the DVD has sold over 35, 000 copies. Stephen has performed at the prestigious Just For Laughs Comedy Festival in Montreal, has been featured on Comedy Central's 'The World Comedy Tour' taped in Melbourne Australia, on Comedy Central's 'The World Stand's Up' taped in London and has made four appearances on NBC's 'Last Call with Carson Daly.' Stephen completed a 44-city theater tour from September 2004 through February 2005 and will begin his next theater tour in October 2005. On July 4, 2005, iTunes named both of Stephen's CD's, 'A Little Bit Special' and 'Superhero' as two of the 100 best-selling independent albums in iTunes' history. On October 4, 2005, Stephen will release his third CD of new material, 'The Craig Machine' (What Are Records). The CD was recorded live at Symphony Space in New York City. In December, Stephen will begin rehearsals as star of the new Broadway musical, 'The Wedding Singer', scheduled to open on Broadway in the spring of 2006. 'The Wedding Singer' is based on the 1998 Adam Sandler movie of the same name. Stephen will be playing the Sandler role of Robbie Hart.

Here's what you say about
Stephen Lynch - Craig Machine.