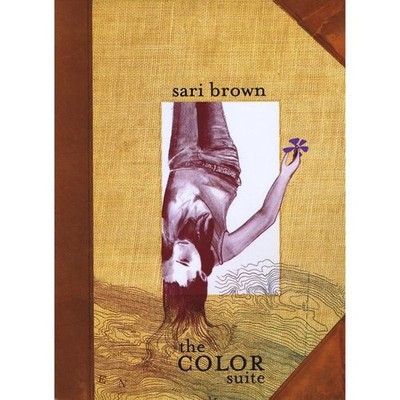 If you ever find the opportunity to sit on a tree swing with Sari Brown, it will probably go something like this: you'll kick off the ground and look out over the treetops of a hill descending into the streets of Ann Arbor, Michigan, Sari's beloved hometown. It will be evening and one by one the town lights will flick on through tree branches. There will be some high-pitched laughter in your ear, and a low, rumbling Mahalia Jackson hymn lingering in your head from the ride over. You'll begin to talk about dreams, strange childhood pets, new loves, and anything that strikes you as both meaningful and inexplicable while swinging through the air and feeling very much alive, if a little dizzy. Everywhere there will be brown hair, green leaves, gold rings, purple theories, blue sounds. And in this moment you will have truly met Sari Brown and the Colortones. However, this hypothetical situation might be a little far fetched, especially given the scarcity of tree swings these days. Thankfully, Sari Brown has produced recordings that do the job just as well viscerally and even better sonically. She joined the Earthwork Music label in 2004 at the age of 17 with the release of her first album, "For What is the Journey," a collection of 11 unconventional spirituals. With careful attention to the strange little coincidences that follow us through our lives, which for Sari arrive invariably at the hour of 11:11, she is releasing her second album of 11 songs on May 11th, 2009, the day after her prophetic 22nd birthday. The new release, "The Color Suite," is a concept album that unfolds an 8-month narrative of uncanny symbolic resonance. Sari's music is made up of heartfelt letters, spirituals for the 21st century, smooth saxophone sounds, swelling cymbals, dreams inspired by melodies and melodies inspired by dreams, reimaginings of myths and parables, and an alto voice that is brimming with equal parts longing and joy. "The Color Suite" could be called a collection of synchronistic torch songs; songs written in an attempt to illuminate hidden pathways through life's often confusing narrative. Sari finds utility of meaning in traversing the thin membrane between dreams and the waking world, and she uses her music to these ends. Her voice swims over a liquid electric organ line along with moonlit lakes and mysterious gray cats, yet the morning finds her strumming a ukulele against the backdrop of percussive kitty litter, and eggs frying in a zealous amount of butter. She writes a love letter, yet it isn't to her lover, and she explores both the freeing and binding beauty of golden wedding rings, curving opposite ends of an experience into something so perfectly round that you could wear it on your hand. She is releasing this recording packaged inside a small chapbook of her own writings that expand and connect the themes of dreams, coincidences, and the surprisingly intricate process of becoming a woman. To fit with the latter theme, most of her fellow musicians on "The Color Suite" are women (with the notables exceptions of Dan Piccolo, a genius of percussive prerogatives, and Joey Dosik, who is responsible for every saxophone sound on the record). The women consist of Sari's fellow Earthwork artists: Daisy May's soulful voice graces several songs, as does her fiddle, violin, viola and-appetizingly enough-acorn squash. Jen Sygit sings and plays smoky dobro, banjo, and electric guitar. Laura Bates makes striking harmonies and plunks out plucky piano parts, while Susan Fawcett delivers with precision on erhu (a type of Chinese violin), fiddle, violin and musical saw. These days the Colortones, those aforementioned mythical tree swing entities, are personified by Sari's delectable new backing band, featuring Dan Piccolo on yellow, Tobey LaRoche on purple, Mike Harrist on pink, Doug Stuart on green, Grant Wicks on Lesley (a brand new color, obscured from the human eye until now?), Fritz Crisler on gray, and Doug Brown on brown. You'll be able to find some or all of them swinging sweetly on Sari's songs in the Midwest, New England, and beyond. -by Amy Tartaglia.

Here's what you say about
Sari Brown - Color Suite.