Adrienne Kirkey - Child in My Heart 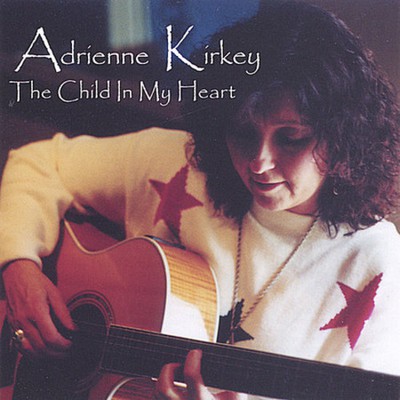 Adrienne Kirkey, Singer-Songwriter Adrienne's love of music goes back practically to birth. Indeed, her parents originally met because they shared the same voice coach. Her father was a choir director, and her mother a member of the original Orange County Choraliers. Adrienne began singing with the local children's choir when she was six. As a teenager, she taught herself how to play guitar, and dreamed of becoming a recording artist one day. The realities of raising her daughters and earning a living put those dreams on hold. Through it all, music remained an important part of her life. It gave her a way to cope when times got tough. By the late nineteen eighties, Adrienne was back on-stage as a choir member and a big band soloist, with a desire to write and sing her own songs. That dream was very much alive. With urging from family and friends, she began writing songs and performing at local coffee houses on 'open microphone' nights. It was here she began to develop her unique storytelling style. After a year of live performing, Adrienne was surprised to discover that she had a core of enthusiastic fans. Paid engagements began to follow, while local charities sought her talents for fundraising events, and fans clamored for an album. She teamed up with husband David and formed Eagle Canyon Music, an independent recording studio located in Coto de Caza, California. David set to work on Adrienne's first collection of recorded original songs. Drawn from street violence, world news, and the confidences of friends, these songs cover the breadth of the human condition. Her listeners frequently remark on her sensitive and passionate interpretations of music, commenting, 'You made me cry - I really felt that song inside.' Adrienne's response is remains the same - a smile, heartfelt thank you, and the quiet response, 'Well, if the music spoke to you, then I did a good job.' In her first CD project Colors of Survival, Adrienne sings these stories in a style that is both introspective, and also universal. Since the release of Colors of Survival, her unique storytelling style has developed to include subjects ranging from patriotism to personal faith in God. In her new Eagle Canyon Music release, The Child In My Heart, David and Adrienne brought together a creative group of musicians to help interpret her stories in song. In her national award-winning song Sally Ann Adrienne tells the poignant story of a young mother waiting for her husband to return home from war. Sally Ann is just one example of the outstanding music found on The Child In My Heart. The Child in My Heart includes nine original songs written by Adrienne. Included on this CD are two songs written by legendary Canadian Folk artist, Stan Rogers and one by Steve Gillette & Rex Benson, along with the perennial traditional Danny Boy.

Here's what you say about
Adrienne Kirkey - Child in My Heart.