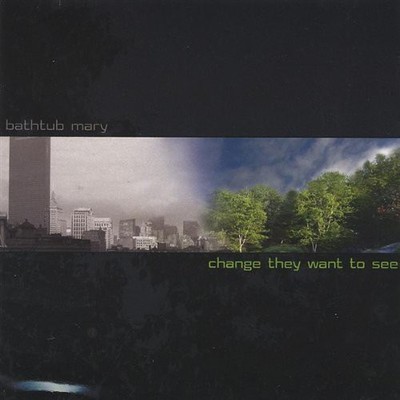 He Said / She Said: 'Four guys with a band named after a religious lawn ornament had better be plenty good. Fortunately for Bathtub Mary, they are and they continue to prove it: every show, every new song is better than the last. There's an intrinsic charm and natural ease, too, among players who have stayed close while their musical sensibilities developed. I'll be watching Bathtub Mary.' Marilyn Rea Beyer - WUMB Folk Radio, Boston 'Fun Band Good Time Bathtub Mary!' Patchen Montgomery - Strangefolk 'Bathtub Mary is a rare combination of talent, grooves, great vocalists, and above all great songs that has already demonstrated to me that they can hang in any situation. I'd look for this band to grow and break through nationally. Bathtub Mary will thrive in the jamband world, but will eventually transcend it because they've got the songs.' Dan Millen - Danger Artists Management, Harpers Ferry Booking (Written to Tight Records after Harpers Ferry show) 'The music is fresh, it has all the ingredients one band could have.' Random Fan comment on CDBaby (no, we don't know this person.) Permission has been granted to use any of these quotes in parts or whole . About the Band and their Music: With roots entwined in the soil fertilized by Mozart and Bach, Bathtub Mary brings the precision of classical technique to the ear of the modern listener. The fusion of orchestral theory into folk-music bred lyricism and jazz-rock instrumentals breeds the musical equivalent of genetic engineering. This musical mélange defines what can only be described as a musical super-genre, enabling the band to free itself of stylistic limitations and create some of the most expressive, creative and original music in the market today. We've boiled it down to 'Classically bred folk-rock with some jazz-funk love.' Stretching beyond the typical 'Jam Band' persona, lyrical inspirations are often cultivated from a frustration with society's status-quo (Goin' Down, Greedy Seeds, Suicide). At times showing their softer side, Bathtub Mary enraptures fans with heartfelt serenades that some have said brings them back to the days of Crosby Stills Nash & Young (Candle). Musical nods to bands like Belá Fleck and the Flecktones are incorporated by bouncing intermingling guitar melodies off bass and drum rhythms in odd time signatures (Suicide). Jonathan Wearn's musically impenetrable and stylistically innovative guitar solos create a sound that is beyond the realm of description. Utitlizing their full breadth of scope, acoustic melodies twisted with throwbacks to the glory days of classic rock become an unmistakable signpost that this band has found the link between musicality and originality. But how did they get this good? Originally concocted as a pair of acoustic guitarists with a flair for rhythmic stringplay and a desire to build on each other, Phil DaRosa and Jon Wearn, with the direction of Keene State College Music Professor Ted Mann, began writing and playing songs together. Realizing they were onto something, they teamed up with fellow Classical Guitarist and Instrumentalist of the Year, Jeremy Milligan, who added a softer touch, sweet guitar hooks and a third voice to buff-up the harmonies. This trio toured for nearly a year, playing mostly in Keene, NH and during the summer at various Martha's Vineyard, MA venues. After graduation, Milligan felt the need to explore his talent as a Jazz Guitarist, touring the Carribean with a major cruise line. It was around this time that Wearn contacted his longtime friend, bassist Jackson Smith. With the addition of Smith's versatile hand, the line between melody and rhythm blurred, genres and techniques melded and the band began to develop their trademark sound. The band continued touring and recorded a few tracks in Sonic Brothers Studio on MV, but was seriously lacking a drummer. Upon Milligan's return to the continent and the band, he virtuosically picked up the sticks and filled that hole with a percussive style that is smooth and poignant - stemming from his guitar expertise. With a complete ensemble, the band's growth was phenomenal, their sound has solidified and their fan base now spans New England. Bathtub Mary, through influences and ingenuity, has connected the best of folk, funk, classic rock, jazz and classical in a way that can be appreciated by both the stern music critic and the screaming fan. Bathtub Mary is currently touring and collecting live tracks for their first release through Tight Recordsâ?¢, the band-owned independent label.

Here's what you say about
Bathtub Mary - Change They Want to See.