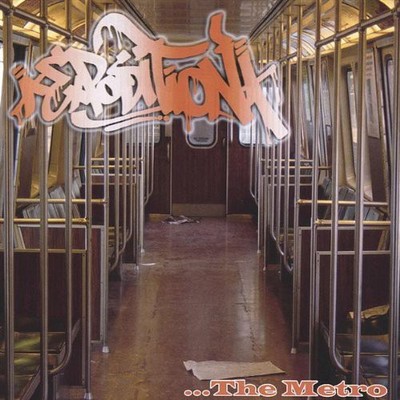 Lethal D was a Berklee-trained Boston-based multi-instrumentalist, dabbling in everything from Rap and R&B to Rock and Funk. DJ MUTT was a native Californian DJ, attending Boston University, searching for the right people to compliment his skills on the Akai MPC and the Technics 1200s. They met in a Northeastern U. dorm-room party. DJ MUTT said to Lethal D: 'Yo, man. You make beats?' And the rest will soon be history. Two different styles, two different backgrounds, both shared a love of Hip-hop music. With the D-Boyz mix-tape album (2003, Marxminship Records) the duo finally brought their unique styles onto the streets. Rounding up every and any MC they could get in front of the mic, the Boyz laboured day and night to create an organic mix of electronic beats, sampling and live instrumentation that defied the typical rap genre. After teaming up with MC Exposition on his solo debut 'The Metro' (2003, Marxminship records), the trio went on to spawn the live hip-hop band Audible Mainframe. Always down to kick it live, The 'Boyz have performed alongside legendary Hip-Hop acts such as Edo.G, Common, Mr. Lif, Akrobatik,Boot Camp Clik, Devin tha Dude, Jeru tha Damaja, Jurassic 5 and many more. Currently operating simultaneously from both Boston and Los Angeles, The D-Boyz are hard at work on their follow up to The Mixtape Album. COMING SOON: New Tracks featuring, Edo. G, Akrobatik, Main Flow, Big Shug, BootCamp Clik and others... ALSO AVAILABLE ON CD BABY: featuring The D-Boyz MC Exposition: 'The Metro' (2003 Marxminship Records) Audible Mainframe: 'FrameWork' (2004 Emerson Records) - Audible Mainframe: 'War to be ONE' (2005 Marxminship Records) and Jake the Snake: 'The Arrival' (2004 Gangreen Records)

Here's what you say about
D-Boyz - Mix Tape Album.