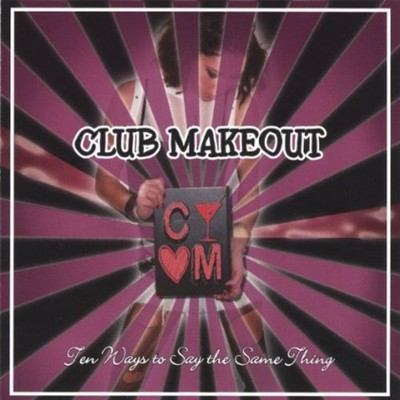 After forming in early 2005, Club Makeout has beaten a quick path to becoming one of the most talked about bands in Los Angeles. Described as guitar-driven rock in the vein of Weezer and the Replacements, CM prescribes a recipe of killer hooks and strong choruses that live your head for weeks. With a background in film, frontman Leonard Jackson put together an extensive vision of the ultimate rock band. Catchy songs, dark humor, and plenty of good times. Leonard turned to producer Tim Schoenhals,(The Daylights, Kendall Payne), to begin to bring this vision to life. They began to craft an artful, hooky and versatile album that was more then a typical 'L.A Demo' Soon after production began, bassist Ian Schaeffer came aboard. With his experience in former Colombia/Aware band Wheat, Ian brought hopes to immeadiately take the project to a higher level. 'We started this really as just drinking buddies,' Jackson says. 'Tim, Ian and I would sit in the studio, dusting coronas, dreaming up ways to convey these songs that we all really believed in.' The resulting debut, 'Ten Ways To Say The Same Thing', captures a collaborative work of inspiration and conviction, assaulting songs about hipster fashion and predatory prom dates, accompanied by kazoos, pedal steel, and a choir made entirely of upper-teenage girls--all within a pop-rock, radio-ready framework. Completing their line-up with drummer Jeremy Horn, Club Makeout have beaten a tough tour path, playing anywhere and everywhere that would have them. Now, making steps to bring their music to a wider audience, the band has recently signed with Jon Flanagan Promotions to facilitate a Radio and Retail push. Ensuing talks have begun with several labels to take Club Makeout into the national arena with distribution, widespread radio and print promotion, and a hefty touring schedule. Regardless of everything on their plate, Club Makeout has yet to let near success divert their mission. 'If we can convince just one person to skip class, experiment with drugs, and have meaningless sex,' says bassist Ian Schaeffer, 'then our job here is done.'

Here's what you say about
Club Makeout - Ten Ways to Say the Same Thing.