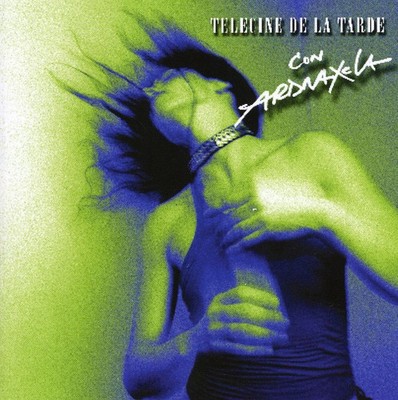 '...Soft but incisive voice, tight rhythms and bubbly organ melodies of her music transport listeners to a land of color and candy that makes people wonder if somebody changed their Tylenol for Quaaludes...' SAN JUAN CITY MAGAZINE Ardnaxela (a.k.a Alexandra Rosa) presents her debut CD 'TELECINE DE LA TARDE CON Ardnaxela', released independently in 2005 to great critical acclaim. The video clips for the disco/funky 'EL SELLO' and the subtle, emotional track 'TIRIJALA' receives rotation on various music TV and radio channels in USA and Puerto Rico, while her loyal feverish following chant her songs at her live performances. She has already toured Puerto Rico, New York, California and Mexico. This musical work is a direct result of a strong cultural influence mixing Puerto Rican, Argentine, Mexican and Spanish musical elements from the '60s and '70s. A unique lyrical content matched by an excellent harmonic and rhythmic structure makes who is Ardnaxela. Born in San Juan, Puerto Rico she studied classical ballet starting at age 6, which introduced her to feeling music 'visceraly'. At age 8 she started taking piano lessons but soon kicked the teacher out as she found out she would rather improvise her own unformulated sounds. Hence the classic training of listening to old records through headphones. Ardnaxela (her name backwards) reflects her alter ego (symbolized as a smiling green alien cartoon which she created), radiating a no BS attitude, totally free and uninhibited. While in college, Alexandra picked up acting and performed on TV and Theater, while singing and performing as lead singer with the local Indie Pop bands 'PLASTICINA', 'INFAMIA ALL STARS' and 'MUPSIQUITA' (now known as SUPERAQUELLO). She later joined as a backing vocalist in the band 'VIVANATIVA' (Universal) and toured Puerto Rico, Mexico and Spain, while opening concerts for Grammy winners La Ley and Ricky Martin. In a short time she realized that it was time to start her own career as a solo artist and she immersed heavily into songwriting. Sandro de América from Argentina tops the list of artists that has influenced her. Followed by Cocteau Twins, Pink Floyd, Jose Jose, Jeff Buckley, Rocío Durcal, Dusty Springfield, Silvia Rexach and The Pixies. Throughout 2007 and 2008 she performed as a backing vocalist/keys for a EMI Latin Pop artist and toured Mexico, USA, Spain, Dominican Republic, Puerto Rico, South and Central America. Ardnaxela is currently living in Mexico City, promoting her record, performing live, and in fall 2009 will release the new track 'Trampolin' with the Diablito Records/Warner Vol. II compilation, license 'Telecine De La Tarde' in Mexico and release an follow-up EP of new material with Diablito Records/Warner.