Willet - Teeth of a Lion Fangs of a Lioness 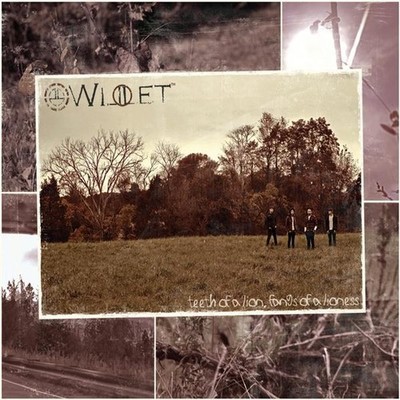 WILLET 'Teeth of a lion, fangs of a lioness' 2010 As Willet prepared to release it's 5th studio album as a band, it was time to change everything. Eliminating the possibility of putting out a 'similar sounding record', the band changed even the way they approached songwriting for this full-length album titled, 'Teeth of a lion, fangs of a lioness.' In the past, guitarist, Justin Willet would write the guitar hooks and chord structures while vocalist, Jeremy Willet worked on lyrics. Next, Justin would send a demo of the new hook to Jeremy, and he would begin to work on a vocal melody, and lyrical structure. Following that, bassists, Jordan Willet would begin to write his bass lines in conjunction with the drums. On this 2010 release however, the band had recently introduced Caleb Douglass as a full time member and drummer for the rock band, and also included him as a songwriting for the record. Over the course of 2 years, Jeremy wrote lyrics, chord structures and vocal melodies on acoustic guitar. After 30+ demos, the band stepped into their home studio for several weeks to pick the best songs, and begin adding the additional instrumentation. Not settling for anything less then 10 songs that would be Willet's best effort yet, the band partnered with good friend and engineer, Drew Mazurek (Linkin Park) in Baltimore to record the album. In the middle of the recording process, Jeremy's wife, Kathleen, accepted a full time volunteer position in the country of Haiti to care for orphaned children. Therefore, the band tracked the album, and Jeremy tracked the vocals in between flights back and forth from Haiti and the Dominican Republic. The rock single 'Island' off the new album was actually a love song written by Jeremy for his wife years before he ever knew she would be living on the island of Haiti. Then, one month before the release of the record, the unexpected happened. A massive 7.0 earthquake hit the country of Haiti while Kathleen Willet was in the country. The band was on tour in New Zealand when they heard the news, and waited for 2 1/2 days to hear if Kathleen and her kids survived the tragedy. Late one night, through a string of short text messages, the band learned that she and all her children survived, and were living in tents until repairs were made to their orphanage. The band planned to change everything as they released this new record, and an earthquake in Haiti definitely did CHANGE EVERYTHING, making this the most personal and emotional record of the band's career. Stand-out songs such as 'Island', 'Shelter', and 'Machine' show the bands maturity as musicians, songwriters, and performers, and 'Teeth of a lion, fangs of a lioness' is definitely Willet's best effort to date.

Here's what you say about
Willet - Teeth of a Lion Fangs of a Lioness.