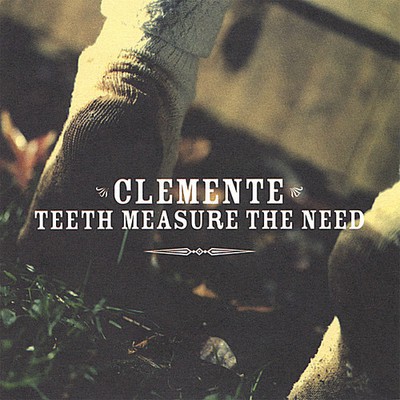 Clemente Clemente do not just play songs, they tell stories. From the account of an ambulance driver who works overtime to avoid family contact to the tale of a meek protagonist taking a gardening job to be near someone he idolizes, the lyrics on ...whilst honey hums explore complex human emotion and are refreshingly clear of clichés. Constant nomad Jefrey Siler, the wordsmith behind Clemente, is a native Southerner living in Sydney, Australia; the tone of his songs echo aspects of his recent past in California and Athens, GA, his present life Down Under (which includes compiling a songwriting book and working on houses), and his upcoming residency in France "with the Mrs." Clemente's album ...whilst honey hums is the culmination of a long-time collaboration between singer/songwriter/guitarist Jefrey Siler and his cousin Keith Bailey (on bass); this collection of stories and songs provoke hope and imagination while still fueling a sense of cynicism. On the album, you'll hear Siler's examination of his own life, his own marriage, as well as stories of strangers and neighbors, employers and acquaintances. The accompanying music plays as a reassuring and inviting soundtrack to the narratives on this album. Siler's passion for openly exploring the more mystifying corners of life is so expansive that he has been spending the year writing a songwriting book, entitled Left of Center: Insights on Songwriting, which is full of interviews with songwriters as legendary as they are unique, such as Stephen Malkmus, Robyn Hitchcock, Mike Watt, Patterson Hood, and DC Berman. Clemente have postponed a trans-Pacific tour while Siler finishes his literary undertaking. The songs on ...whilst honey hums were recorded in Athens, GA and the album features guest spots from Philip McArdle of Mendoza Line (guitar) and Neil Golden, formerly of Elf Power and The Glands (keys). The album is due out January 30 on Georgia-based Moodswing Records. True to his character as a perpetual and diligent bard, Siler is already working on the next Clemente album, to be recorded with Keith in Spring of 2007, so get to know ...whilst honey hums now. You will want to add every captivatingly sentient and intuitive Clemente work into your music collection. '"You are familiar," Siler sings at one point. He has that backwards, of course, but that doesn't mean I'm ready to stop listening.' - Harp Magazine "Pedal steel, cello, and viola add rich, velvety color to Jefrey Siler's Southern gothic stories...With a deep and varied instrumental lineup, Clemente's sound is warmly organic, and as tactile as a novel." - allmusic "Clemente can always reel you in with a friendly voice and a story to spin. It's this lyrical ability that lift the music above the mediocre and take it to the next level, giving it some lasting power and giving the listener something to latch onto." - InMusicWeTrust "It's the sort of album you think you've heard before but still can't help but replay one more time... easy to fall in love with" - PopMatters "There's a ton of heartfelt emotion on Teeth Measure the Need" - Paste Magazine.

Here's what you say about
Clemente - Teeth Measure the Need.