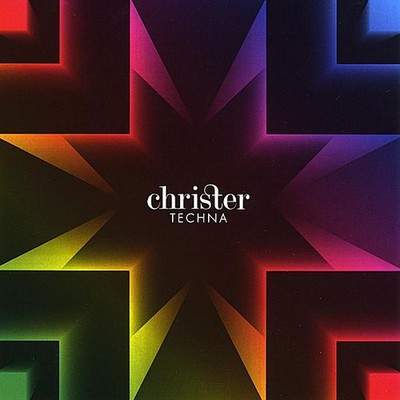 Christer bears a tiny Mac and massive talent, destined to vivify Canada\'s electropop music scene. This Vancouver-based laptop princess is humble; she describes her songs as simple and elementary, originally laid down in a one-room music studio and sampled from basic beat programs. But listeners can be assured that Christer (pronounced with a hard \'I\' like \'Christ\') packs much beauty, sass, and guts into Techna, her debut album, whose modest production pulsates and pounds with trampling, triumphant energy and flaunts stunning verses, epic melodies and addictive choruses that will keep you humming for days. Christer cites electronic innovators such as Miss Kittin, Peaches, and Goldfrapp as the inspiration for transferring her nine years of classical guitar and songwriting experience into beat programming. She produced her first tracks as part of a Creative Writing degree at the University of British Columbia, and Techna\'s sound documents a three-year flirtation, courtship, and eventual domination of GarageBand, MIDI instruments and sampled loops. The songs surge forth, a one-woman onrush of frenzied, thumping dance anthems that will catapult you off your seat. Her in-your-face lyrics chart such intimate journeys as physical abuse, substance use, and triumphant love - via Christer\'s beatific voice, fans get a grand tour through her bedroom, the bathroom, and straight onto the dance floor. At the beginning of 2008, with the financial support of FACTOR, Christer took her laptop and stormed Vertical Studios with producer Tom Dobrzanski. Their combined energy fattened the beats and swelled her vocals in all the right places, giving birth to Techna, an imaginative album of deeply addictive dance hits. For performances, Christer throws live drums, bass, and synths up against her electronic tracks, pummeling the songs into a rocking, thrashing, stiletto-stomping bang show. What else does the future hold for this digital diva? Collaboration: the explosion of songs \'Adieu\' and \'Cadaver\', when handed over to remixers Sunbiz and locK_stocK, confirmed Christer\'s inkling that music only gets hotter when shared. Exploration: she\'ll take on more complex production software, create her own sick samples, and break ground on and beyond Canada\'s budding electropop landscape. In short, she wants to get better and better at making you dance all night. So keep your eyes peeled and your ears tuned because Christer has only just begun.

Here's what you say about
Christer - Techna.