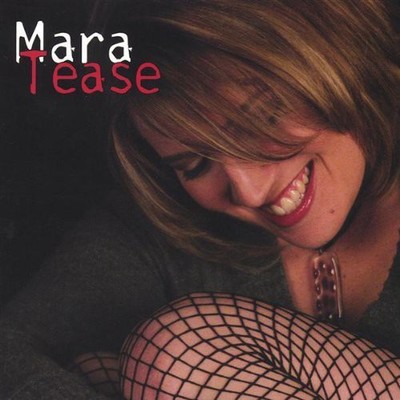 Passionate acoustic rock that takes you on a journey to everywhere you've been or hope to go is how one fan describes Mara's music. This award winning singer/songwriter rocks audiences with high-energy live shows that showcase her natural talents as a powerful vocalist and entertainer. Her latest EP, Tease was produced in Los Angeles by Chris Fudurich (Britney Spears, Sophie B. Hawkins, Susanna Hoffs, etc.) and features Andy Georges (Jewel, Sheryl Crow) on guitar and a guest vocal from Adam Kowalczyk (Live). A three-time recipient of the ASCAPLU$ (American Society of Composers, Authors and Publishers) award, recognizing her as an active and promising young songwriter, Mara has earned accolades from much of the music industry - including the prestigious Billboard and John Lennon Songwriting Contests. Femmusic.com has named Mara 'Top Independent Solo Artist,' and she has received nominations from the LA Music Awards for 'Female Singer/Songwriter of the Year' and 'Pop Artist of the Year'. In addition, she has secured a coveted spot on Music Connection Magazine's 'Hot 100 Unsigned Artists' list for the past three years in a row. It's Who I Am, Mara's debut album on Flying Coaster Records, received a nomination from the LA Music Awards for 'Pop Album of the Year'. The overall theme of finding your place in the world has struck a chord with diverse audiences of all ages. Don't Let Me Run, the single from the album, hit #1 on the MP3.com Acoustic Rock chart. Mara also signed an agreement with Bunim-Murray Productions to license It's Who I Am for MTV programming, including the hit reality series The Real World and Road Rules. Other film and video placements followed, including Columbia Tri-Star's cult hit, Infested. A native New Yorker, Mara jump-started her career playing on the streets and in the pubs of Scotland. She soon found herself playing five packed nights a week for locals and International backpackers, promoting her acoustic self-titled EP. Invitations for live radio appearances and performances as a featured artist at the Edinburgh Fringe Festival kept her on the move. She returned to tour in the UK, and to play at the 2002 and 2003 Edinburgh Fringe Festivals. Her performances gained national media coverage on Scottish television and worldwide webcasts. In the states and overseas, Mara performs over one hundred live shows every year at high-profile festivals (South By Southwest, MECA, Atlantis, Canadian Music Week, etc.), colleges and clubs. She honors the memory of her Grandmother and the struggles of other family members by committing her time to various breast cancer charities (including performances at Avon 3-Day events) and by donating a portion of every album sale to breast cancer research.

Here's what you say about
Mara - Tease EP.