Philipp Fankhauser - Talk to Me 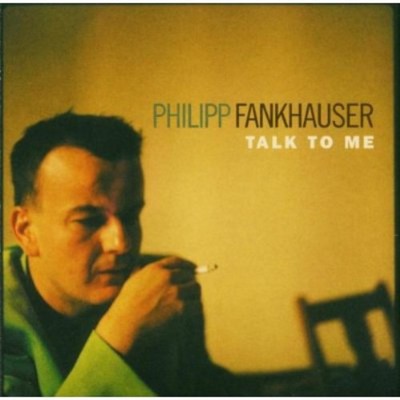 Talk To Me is the title of the latest album from Philipp Fankhauser, the highly regarded blues artist based in Thun, Switzerland, and his first for Memphis International Records. Fankhauser is well known to European audiences but he is also familiar to North Americans as a result of his role as guest vocalist with the band of the late blues great Johnny 'Clyde' Copeland. While the bulk of Talk To Me is comprised of l Fankhauser originals it does include two Johnny Copeland compositions and Shemekia Copeland, Johnny's daughter and a renowned star in her own right, penned the liner notes. 'Philipp will always be very special to the Copeland family; his music is special for just about everyone,' she wrote. The album includes a version of 'Members Only,' a song that was an R&B hit for Bobby Bland in the 1980s and produced for Fankhauser by Dennis Walker (Robert Cray, B.B. King, Maria Muldaur) with an appearance by the Memphis Horns. Bobby Bland finally met Fankhauser in the '90s and expressed great admiration for the Swissman's interpretation of one of his signature songs. Downbeat's review of Talk To Me noted 'Fankhauser doesn't sound the least bit like a visitor from Switzerland that unrealistically fancies himself a blues singer. He displays empathy for Johnny Copeland songs, and he dramatizes soul-blues originals without over extending his voice or wearing out his welcome will too strong a reverential tone.' Despite the fact that he was born and raised in Switzerland, Fankhauser has long been inspired by American blues artists and he has dedicated much of his life to following in their footsteps. At the age of twelve, he was introduced to the music of Sunnyland Slim and, despite the fact that he could not understand the lyrics; he was completely captivated by the music. A few years later, he met Louisiana Red who took him on stage. Witnessing Montreux Jazz Festival performances in the early 1980s by Albert Collins, B.B. King, Luther 'Guitar Junior' Johnson, J.B. Hutto, Koko Taylor, Willie Dixon, John Lee Hooker and Stevie Ray Vaughan and, later, meeting and playing with Margie Evans Memphis Slim, Luther Allison, Katie Webster, Hubert Sumlin, Son Seals, Junior Wells, Buddy Guy and Jimmy Witherspoon turned him into a professional bluesman from an unlikely place. Philipp Fankhauser's meeting with Johnny Copeland in 1984 was a life changing experience as Copeland would become Philipp's mentor. Philipp began his recording career in earnest in the late 80s and continued to release albums into the next decade. Margie Evans was part of his first CD 'Blues For The Lady' in 1989 and continues as a major influence. He moved to New York in 1994 to perform as part of Copeland's Texas Blues Machine and stayed in the U.S. after Copeland's tragic death in 1997, returning to Switzerland in 2000.

Here's what you say about
Philipp Fankhauser - Talk to Me.