Matt Hires - Take Us to the Start 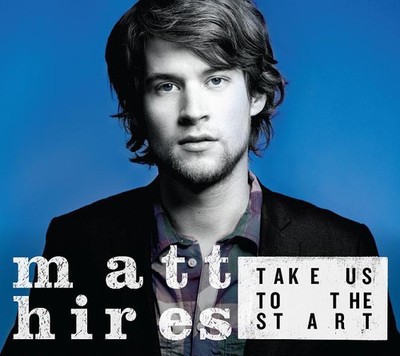 On the surface, 22-year-old Florida native Matt Hires seems to be the epitome of the sunshine state: bare-footed, artistic, and coolly easy-going. But there's a lot more to him than meets the eye. As a child, Matt was introduced to different musical genres by his father. It was Matt's father that passed along his old, handmade acoustic guitar from 1977 to Matt when he was sixteen years old - the same guitar that Matt uses today. A homeschooler, Matt taught himself to play the guitar. During high school, Matt gravitated towards the punk/hardcore scene, which is a far cry from his own introspectively powerful acoustic pop sound. By the time he was seventeen years old, Matt wrote his first song, and began performing in public a year later. Now, with his solo full-length debut, Matt is poised to captivate audiences with his endearing personality, melodic sound, and undeniable talent. Between opening for the likes of Paolo Nutini, Eric Hutchinson, Marc Broussard and even performing on the John Mayer Mayercraft Cruise in March, "Take US to the Start" was recorded with producer Eric Rosse (Sara Bareilles, Anna Nalick, Tori Amos). The lead single "Honey, Let Me Sing You a Song" is impacting AAA Radio in July.

Here's what you say about
Matt Hires - Take Us to the Start.