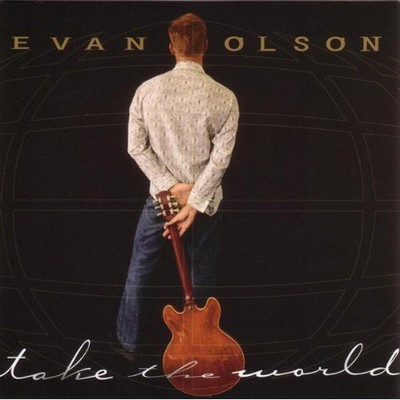 If Evan's voice sounds familiar, it's because you've heard his songs in TV series DAWSON'S CREEK, SMALLVILLE, FELICITY, ALIAS, ED and others! Evan Scott Olson was born in West Point, NY and spent the first third of his life growing up on military bases around the country. While moving a lot, he taught himself to play drums, guitar, bass, keyboards, harmonica and many percussion instruments before turning 13. By age 16, Evan began performing his music in bars and clubs and has played over 2500 live shows to date. Olson has written, performed and recorded original music for several national commercials including Hershey's, Tommy Hilfiger and Mercedes-Benz. In addition, Evan has done numerous local and regional radio and television spots. Evan has released 6 solo CD since 1999. Working from conception through post-production, Olson has become an invaluable member of the Gagsters! Team for which he wrote, performed and recorded all the music for 26 episodes of the Gagsters! TV series, including over 140 original songs. His songs are also featured in films including Scooby Doo (2002), My Boss's Daughter (2003), and the upcoming Megadanger: The Adventures of the Gagsters. Evan Olson records for LoveCat Music.

Here's what you say about
Evan Olson - Take the World.