Lizabeth Flood - Swimming in the Rain 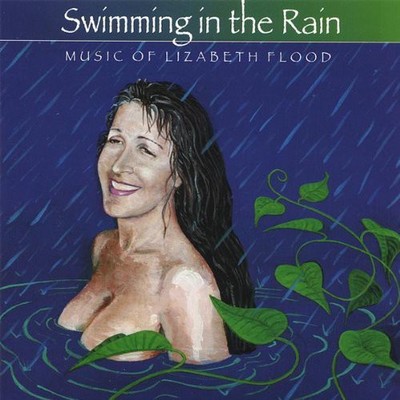 Lizabeth Flood is a native of Washington D.C. She has been playing the piano and singing since the age of 4, trained classically in both. At 19, she started playing professionally and has been performing in the Metropolitan areas premier hotels,bars and clubs for two decades. She has a repertoire of thousands of songs. Her specialties are; Jazz, blues, standards, the songs of Tin Pan Alley, along with her own compositions. Lizabeth is currently playing and singing at the Marquee Lounge in the Omni Shoreham Hotel three nights a week. Lizabeth is also a member of the Choral Arts Society of Washington. Lizabeth has performed at the Kennedy Center, Constitution Hall, National Press Club, National Democratic Club, Gaslight Club, University Club, Hay-Adams, Landsdowne Resort, Georgetown Inn,Washington and Capital Hilton's, City Blues Cafe, The Rehoboth Jazz Festival....and many other venues. Lizabeth is also a stain glass craftsman and has made dozens of pieces specializing in Art Deco and Victorian designs. The album,'Swimming in the Rain' showcases Lizabeth's piano,vocals and compostions which range from Jazz, tango's,reggae,rock,swing, pop,A capella, a children's song, and a Celtic lament. The songs are uplifting, and speak to the emotions of everyone from the age of 2 to 92. Producer/arranger/engineer/bassist Jim Robeson has been nominated for two Grammy Awards. String arranger for'Nothing'is none other than Larry Willis, internationally renowned jazz pianist. Guitarist Mike Lessin is Lizabeth's talented brother, and last but not least, Charlotte Lessin is guest vocalist on 'Godbeams' and Lizabeth's niece. 'More dramatic than Julie London...Lizabeth is pure aristocratic virtuosity that transcends time, space and beauty' - Marquis de Rochambeau 'The musical sounds of the sirens in mythology lured ships to shore-Lizabeth's music was that and so much more...' -Joe Louis Lucio, owner of Antipasto's, Boulder Colorado '...she sounds so fresh,like no other... a polished gem.' -Donald Adderton, Coast Jazz.

Here's what you say about
Lizabeth Flood - Swimming in the Rain.