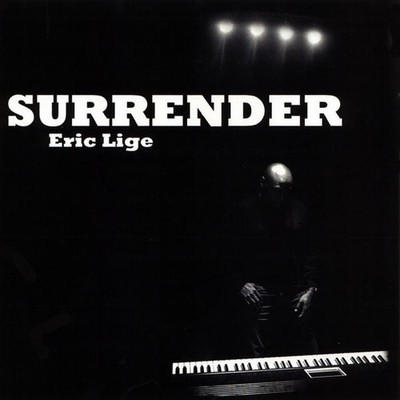 CD/MUSIC REVIEWS JOSH DAMIGO I've been a fan of Eric Lige's voice since he visited my northern California high school with Christian Heritage's (now San Diego Christian College's) singing group "Legacy." So naturally, when I received his album Surrender, I was ecstatic to see what he had been working on. This classically- trained, but contemporarily-savvy singer is the worship leader at Community Bible Church In Mira Mesa and his talents are definitely apparent in this album. Eric starts the album with his song "Thank You For Loving Us," which could easily gain national attention due to the high-energy worship that has projected other artists in the same genre. He uses a wonderful band, and an extremely talented choir that I literally wrote home to my mom about! Eric shares the spotlight on his album with not only his band and choir, but also collaborates with other great local singers. One of my favorites, "For This Reason," is comprised simply of an acoustic guitar (played by the song's producer, Peter Sprague) and boasts a brilliant duet with local jazz singer Leonard Patton. Probably the strongest single on the album is when Lige teams up with the talented Emily Gomez on his song, "Marvelous King" which starts with a minor chord progression followed by a strong chorus line and full instrumentation. In this song, Eric presents a "Smarter-than-your-average-three-chord-worship-song," which is not only moving, but also exhibits Eric's tremendous writing skills. Emily Gomez's performance in this song steals the spotlight, and leaves the listener wanting to hear more. The most intriguing part of the album is how Eric is able to use his talented voice in the same way that a member of a band would use his or her instrument, which makes the listener wonder where the music ends and his voice begins. His voice seems to flow so smoothly with the band, that it allows for a soothing and worshipful feeling that takes the focus off of Eric, and perfectly exhibits the principal found in John 3:30. (He must increase and I must decrease.) Eric's album, Surrender lives up to it's name, and the focus definitely is put where it rightfully deserves to be. Lige has earned his place among my favorite local albums in my car's sun shade, and I look forward to seeing how the Lord uses his album in many people's lives. The album is available on i-tunes or directly from Eric at EricLige.com. Josh Damigo is a local, award winning singer-songwriter. His music can be found on iTunes, cdbaby.com and on Myspace.com. Josh can be contacted by e-mail at [email protected]

Here's what you say about
Eric Lige - Surrender.