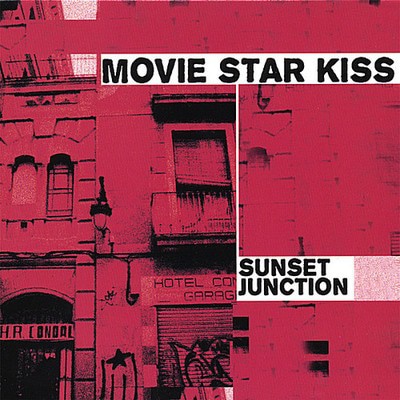 Pick a metaphor: a Phoenix rising from the ashes; one door closing, another opening, the sun rising on a new day, or heading west for new opportunity. Now you know the story of Movie Star Kiss, a band keenly aware of what it means to be successful and then have to build it up again. When Ronnie Day and Ryan Michael got together to exchange tapes back in 1998 (Michael was responding to an ad for a lead singer for Day's band, Supercrush), it was the beginning of a classic American music success story. "We did everything a band is supposed to do: play shows whenever and wherever, demo, full-length CD, and getting DJs to play the music, handing out a million flyers, the whole deal," says Day, who started playing guitar after trading his skateboard for a guitar. "It's a tried and true formula, right?" Yes, it was. By 2004, the band was getting airplay, shows were getting crowded and the reviews (including one in Rollingstone.com) were positive. Michael, who'd started down his musical road with guitar lessons at 12, says it culminated at Pointfest, an annual, day-long music festival. "We were on the bill with the hottest rock bands of the day," Michael recalls, "including Lit, Sugarcult, Papa Roach and Breaking Benjamin. Then came the rude awakening: "unfortunately, not all the members of the band were ready for a box office smash," said Day. "It was the last show we played under the name Supercrush." For most bands, it would have been the end. But after a trip to Los Angeles to visit his cousin, during which he was introduced to drummer J. Marc Lehmann, Michael realized there would be a continuation to the story. He and Day sent J. Marc a full-length CD they'd recorded, Starting Over, and about a year later, they made the move to Los Angeles. Bassist Jaclyn Mayer, a musician Day and Michael knew from St. Louis, moved to L.A., joined the trio shortly thereafter, and Movie Star Kiss was ready to rock. Day jokes that the band's chemistry due, in part, to them all having "cool hair." The real reason: "Ryan and I have been playing together for nine years," he says, adding, "and once we rehearsed a couple times with J. Marc, we knew he was the kind of drummer we were looking for. We already knew Jaclyn from St. Louis; our former bands used to play shows together." The story continues: Movie Star Kiss is writing music, performing shows, and going about the business of making a band stand out in the midst of a lot of competition. None of them can imagine doing anything else. They know that as their touring widens, their fan base will too. So it's back to handing out millions of flyers, working with producer Darrell McClanahan (who produced full-length CDs for both Supercrush and Movie Star Kiss) on their next album, and getting radio play. Movie Star Kiss gets compared to groups such as Foo Fighers and Weezer-compliments to be sure-but their sound is characterized by Michael's emotional vocals; crisp harmonies; clean, driving guitar and bass, and drums that tie it all together. Day and Michael have seen how challenging things can be. Now they, and Movie Star Kiss, are ready to show the world how talented musicians pick up and keep going. In the chorus for "These Days," Michael sings "these days won't last forever/we're all in this together." A chorus from a rock anthem, par excellence, but an anthem for the band itself. Before long, a nation of fans will be singing along.

Here's what you say about
Movie Star Kiss - Sunset Junction.