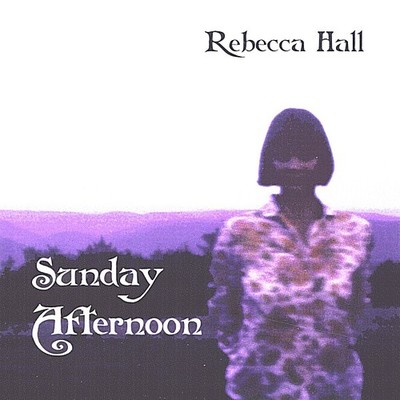 'Superb songwriting craft.' Sing Out! Magazine A relative newcomer to the music scene, Rebecca Hall has managed in only a few years to develop a reputation for concise, classic songwriting. Her compositions echo the folk tradition, but deal with everyday concerns that are timeless. Writes Daniel Gewertz of the Boston Herald, 'Rebecca Hall is a true rarity: a new folk classicist.' Rebecca's first album--'Sings!'--is a collection of mostly original compositions as well as a few traditional songs. The album started out as a demo made on a home 4-track recorder. Rebecca sold it at shows and handed it out to friends, never really thinking of it as a finished product. Much to her surprise, the record proved to be immediately popular and she soon gained many fans, including Roger McGuinn, Laura Cantrell and BBC Radio 2's Bob Harris, simply by word of mouth. Reviewers noted unanimously that Rebecca's compositions stood up next to the time-tested songs she had chosen from the public domain, and that her music seemed to evoke a bygone era: 'Rebecca Hall's songs are uncannily like the timeless traditional songs that inspire her. Indeed, Hall's debut brings to mind recordings of the late-'50's and early '60s, with it's spare, heart-felt simplicity.'-Sing Out! Magazine, Winter 2003 Beautifully produced and orchestrated by Ken Anderson, 'Sunday Afternoon,' Rebecca's second album, maintains these core influences while coming to life with a rich, full sound. Some songs are couched in lush strings, reminiscent of Nick Drake or the Left Banke; others are spare and almost hymnal in tone, similar to songs by Iris Dement or Gillian Welch. Sarah Meador of Rambles magazine writes: 'Few artists ever create songs that might reasonably survive beyond their own memory. Not a track on 'Sunday Afternoon' couldn't survive on it's own.' 'Sunday Afternoon' was embellished with the help of many local New York City musicians, and the completed album was sent to nationwide AAA, NPR and college radio stations, which responded enthusiastically. Sunday Afternoon soon appeared on numerous playlists, even reaching the top 5 on Boston's WUMB within weeks of release. Rebecca is currently touring to promote this release.

Here's what you say about
Rebecca Hall - Sunday Afternoon.