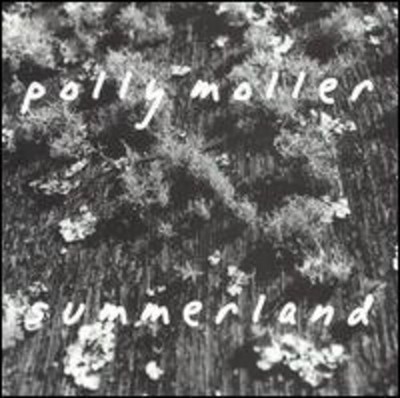 Summerland, Polly Moller's second album, was released on October 26, 1999. On it she offers a complete otherworld experience of poetry and mystical avant-pop. Summerland was recorded at Darwin Sound, Santa Cruz by William Walker, and mixed by world music luminary Ashwin Batish at his own facility. Polly continued her preoccupation with all things Celtic ('Don Dorcha's Revel', 'Gaoth Barra n'dTonn', 'Blood Sugar', 'Pelen Tan', & 'The Song of Coinchend Cennfada'), avant-garde flutistry ('Black Rock Desert Rain'), mystical journeying ('Io', 'Arboretum'), and aircraft ('Aurora'). Her cover of Thomas Dolby's 'One of Our Submarines' was one of the first tracks to get airplay on college radio. Composer/performer/bandleader Polly Moller improvises on the flute and bass flute. She also composes, creates performance art, and heads up a revolving cast of characters called Polly Moller & Company. Since 1995, she's recorded three solo albums and performed in diverse venues all over the San Francisco Bay Area and beyond. Polly has been awarded grants by the American Composers Forum Subito Program, the American Composers Forum Community Partners Program, and the National Foundation for Advancement in the Arts. Her recordings have been released on Albany Records, Pax Recordings, Mindspore Records, and Silver Wheel Music. Keep an ear out for the new album, NOT MADE OF STONE, on college radio and look for Polly Moller & Company on tour in the Pacific Northwest in October 2007!

Here's what you say about
Polly Moller - Summerland.