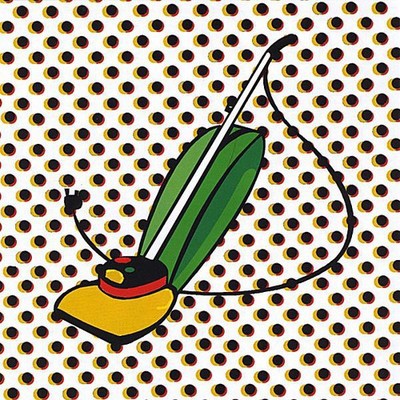 Self-mocking, irreverent Houston art punks Vicarious Me have (finally) completed an album. Four long years of staring into the mirror have paid off, as the band have achieved the sonic counterpart to the ubiquitous 'MySpace pose' - a collection of songs that depict an unsure band from the least unflattering possible angle. They've also given it a title that seeks to manage expectations. Sucks! Begins with 'Sensory Overload,' a song that answers the oft-asked question, 'What if The Jesus Lizard wrote a Tango?' The final track, 'Barfly,' is a rowdy gospel sing-along extolling the virtues of various vices. Along the way, Vicarious Me mix rock, punk, bluegrass, electronica, pop and more, treating the profound and the puerile even-handedly - with a sense of humor that fans of the band's raucous live performances will instantly recognize. In fact, the album plays like a live show, as the tracks are woven together with samples culled from actual jam sessions at the band's studio, giving it a party feel. Vicarious Me is fronted by singer Chris Brewer, and relies on core band members Josh Mathis (guitars), Marvin Hibler (bass), and Michael Fry (drums). Joining them in the recording process were several guests and friends of the band, including Drop Trio's Ian Varley on keys, Steve Brown on violin, and Jason Lemon performing assorted duties best left unexplained. The result is an album that - like the band itself - is extraordinarily difficult to pigeonhole. Comparisons to other bands tend to refer to specific songs only, unless that other band is the equally categorically-challenged Ween. True to their jaded nature, Vicarious Me tries not to promise too much, but listeners can be assured they won't be bored by a set full of songs that all sound alike. You name it; they've probably left it sticky. Here's what other people are - more or less willingly - saying about the band: 'Vicarious Me [is] clearly one of the best bands to come out of Texas in a long time. The swirling guitars and bouncing vocals create an array of soundscapes - anyone would enjoy listening to these guys!' - Casey McPherson (Endochine, Alpha Rev) 'Sweet sound.' - Colleen Caffeine (Choking Susan) 'I like it.' - Arthur Yoria 'I am hooked on your sound & I absolutely must have a full length CD.' - Jason Crouse 'Really cool.' - Johnny Goudie 'Very polished, clear, professional. The variety of style you guys demonstrate from one song to the next is very impressive. The musicianship is strong and the songwriting is more than competent... it's damn good music. You should be proud' - Garret Merriam.

Here's what you say about
Vicarious Bliss - Sucks!.