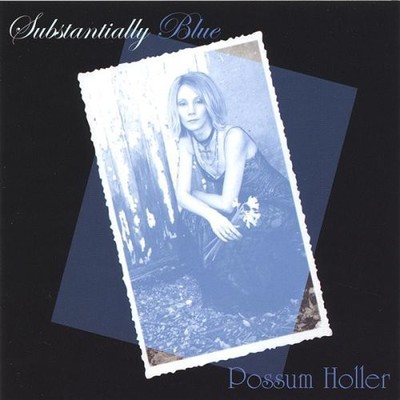 Early Reviews of this latest release from Possum Holler are great!! Listen and you will agree! Read this from Indie-music.com Quote: 'From the first note to the last, this band, and most certainly lead singer Tori Anderson, take nary a musical misstep.' By Todd Beemis As a music reviewer, more often than not others in my house are shouting at me to turn down -- or turn off and throw away -- the music I'm playing. So you know it's an important moment when people actually come running in asking, 'Wow, who's that?' Such was my reaction, and those of several recent visitors, when I put Possum Holler's new CD Substantially Blue on the stereo. From the first note to the last, this band, and most certainly lead singer Tori Anderson, take nary a musical misstep. Where too many bands all try to pile on with everything in the arsenal, Possum Holler wisely lay low with generally restrained arrangements, all the better to let Anderson shine like the talented diamond she is. Aside from the unabashed brilliance and clarity of her voice, I'm struck by her courage -- she doesn't shy away from writing and singing what could easily devolve into cliche subjects, such as men-gone-wrong and leaving the family's country seat for the bright lights of the city, because she has the chops to carry it all off and add new musical dimension to oft-told tales. And, God bless her, she includes lyrics. She's also courageous enough to put tracks like 'Heartbreak Hotel,' 'The Sweetest Thing (I've Ever Known)' and Charley Ryan's 1955 'Hot Rod Lincoln' on the record -- because she obviously knows she can carry them off fantastically. For example, Anderson holds the opening opening of 'Heartbreak Hotel' like the noon whistle at the local coal mine ... a call to attention that a singular talent is in the house, ready to throw down a killer version of a song in desperate need of original interpretations. Anderson has also made me a fan because she can have fun with the genre -- lyrics like 'We may run out of groceries but we're never out of beer,' and 'He voted for Dale Jr. for president' crack me up while never trading musicality for laughs. The CD closes with an unlisted bonus track, of sorts -- 'Amazing Grace' -- an old chestnut too often overdone by 100-person gospel choirs. She sings the first several bars of this most haunting of holler spirituals in an unadorned and perfectly beautiful rendition. Obviously a prayerful message from the artist's heart, you may find yourself thanking heaven for giving the world this talented woman and Possum Holler.

Here's what you say about
Possum Holler - Substantially Blue.