Bo Lozoff - Stumbling Toward the Light 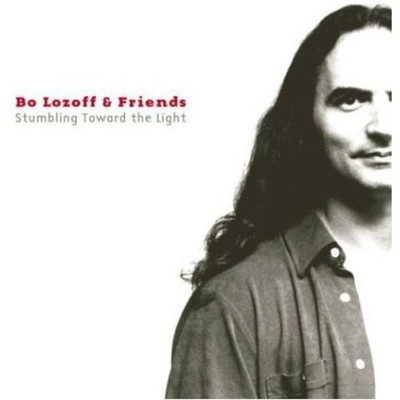 Bo Lozoff's fans and admirers range from Mister Rogers - who called Bo one of his heroes - to Outlaw Biker Magazine, which called him 'one righteous dude.' His Holiness the Dalai Lama has written forewords to two of Bo's books. Talented musicians and singers flock into the studio to donate their time on that rare occasion when Bo decides to record some of his original music (only two albums in twenty years). Utne Reader named him 'one of America's 100 spiritual visionaries.' Bo Lozoff is founder and director of Human Kindness Foundation. He and his wife, Sita, married since 1966, live at Kindness House, an interfaith spiritual community in North Carolina which runs the Foundation. Bo has lectured and led workshops in hundreds of prisons, universities and spiritual centers since 1973. He focuses on what he calls the threefold 'spiritual common sense' of all genuine wisdom traditions: To live simply, devote one's life to serving others, and take time for daily prayer and meditation. The Foundation's quarterly newsletter, A Little Good News, is sent to approximately 50,000 people who try to integrate these principles into their lives. Bo's first book, We're All Doing Time (now in five languages), has been called 'the Convict's Bible' by prisoners around the world. His other books include Lineage and Other Stories, Just Another Spiritual Book, Deep & Simple: a spiritual path for modern times, It's a Meaningful Life - It Just Takes Practice, and his only book written especially for children, The Wonderful Life of a Fly Who Couldn't Fly. Bo is also an accomplished singer/songwriter with two CDs, Stumbling Toward The Light (1986), and Whatever It Takes (2004), as well as a woodworker and carpenter who has designed and built many passive solar homes, including all the residences at Kindness House. In 1994, Bo and his wife, Sita, received the Temple Award for Creative Altruism for their lifelong work in peace and justice. In 1999, the Chicago Theological Seminary awarded Bo an honorary doctorate (Doctor of Laws), citing his commitment for bringing 'God's reign of mercy and justice' into the world. In 2003, One Spirit Interfaith Seminary of New York bestowed it's 'Partners With God' award on Bo and Sita for their ongoing contribution toward bridging the principles of all major faiths.

Here's what you say about
Bo Lozoff - Stumbling Toward the Light.