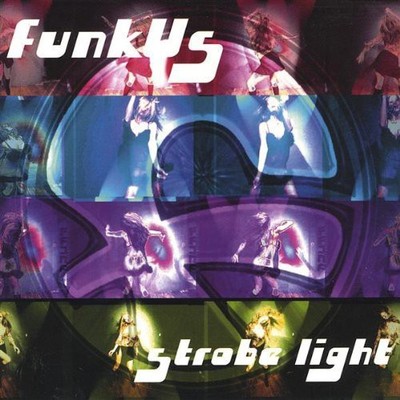 Funkus: Orlando's purveyors of FLAVOR ROCK What is 'flavor rock'? Though the band embraces the term, Funkus cannot claim the credit for such exotic nomenclature but did apparently inspire it's conception when a local Orlando paper penned the phrase to describe Funkus's style of music. This prompted band members to investigate further, and they soon discovered that not only were they the only band in town so categorized but also, in many travels, have never found another group with the same description. But, because their musical tastes and collaboration combine many essences, or 'flavors,' the use of this atypical classification is more than appropriate, and they would someday like to find and personally thank whoever came up with this brilliant bit of journalistic savvy. An understanding of Funkus's origin helps to further comprehend how flavor rock came to be. Formed in 1998, Funkus consists of veteran musicians from the diverse Orlando music scene. Longtime friends who had often shared the stage together, the 'core 4' members of the group, (Ron Betts, Dave 'the cat' Mann, John 'Mojo' Jones and Adam FreeMan), have banded together in hopes of inspiring a kinder, gentler scene based on the communal nature formed around the love of music and the energy and spirit it emblazons. In that spirit of community, they also keep an open door to creative collaboration that has resulted in surprise guest musicians and bands (both planned and unplanned), funki percussionists or other participants spontaneously joining the fray, and original song collaborations with musicians outside the core 4 on Funkus CDs. In other words, they like to collaborate and they love to jam... Anything that constitutes having a good time, a continuing goal that Betts is sure to point out from show to show. This opened mindedness and emphasis on good times combined with their energetically inspired music creates an enjoyable experience that the band named 'Funkus' and the media termed 'flavor rock.' Despite too many cooks, Funkus music is a stew that refuses to spoil. Instead, the many different influences brought to the kitchen only embolden the flavor rock for all to enjoy. Drawing from musical styles ranging from funky blues to country punk, the music has been described as B.B. King meets the Grateful Dead with some Funky Meters and refried Phish mixed in, for flavor of course. Funkus's collaborative result is a highly danceable and energetic groove with an emphasis on meaningful songwriting as well as freeform jam exploration that can reach dizzying, intoxicating highs or soothing, spiritual lows. It is the collective goal of both Funkus and The funki, (fans of Funkus), to spread the music and infect a wider audience with the spirit and energy defining flavor rock for a new generation of jambands. What may seem like excessive noodling to one listener can be the creation of a beautiful musical landscape to another. Those who appreciate the latter point of view typically enjoy great music from jambands like Phish, Widespread Panic, String Cheese Incident, and moe., and will one day discover the euphoria of flavor rock, as diverse and varied as the act of tasting can be. If given a chance, Funkus will grow on you as it has and continues to grow on so many others.

Here's what you say about
Funkus - Strobe Light.