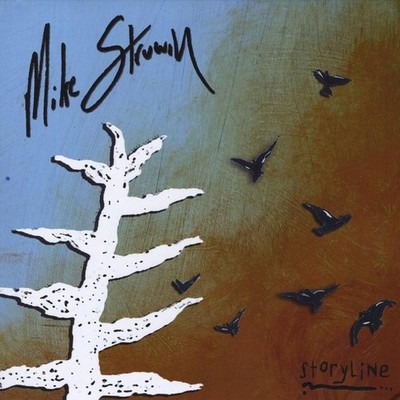 Growing up in a small beach town, Mike began his musical photosynthesis by the age of 13, with the piano. Soon after, he entwined his fingers around his first guitar and found his passion to be laced within it's six strings. A prolific and gifted songwriter from early on, Struwin produced and released his first CD by the age of 17. Now, seven albums later, Mike Struwin has become a staple in the Midwest music scene. His release 'Roots Down,' received critical acclaim, and two of his songs were featured in film soundtracks, including a surf documentary called 'Beautiful' that was released in association with Imagine Afrika Productions. Struwin has played at Festivals with such acts as The Doobie Brothers, Robert Bradley's Black Water Surprise, Inner Vissions and Aswah Greggori. He has shared the stage with members from Greensky Bluegrass, Umphrey's Magee and even David Crosby's Band. Moving to Portland, Oregon in 2006 this folksy artist began work on his 7th album, "Storyline". Enlisting the help of some of Portland's finest musicians, "Storyline" contains 10 heartfelt original tunes. Featuring stunning performances from Damian Erskine, (Terry- Lynn, Tony Fertado) Paul Hoffman, ( Greensky Bluegrass) Paul Brainard, (Richmond Fontaine) and Alex Shakari ( The Insomniacs ) just to name a few, this album is Struwin's finest work to date. As he travels and absorbs the wide world around him, Mike gives the gift of song to each experience, like a Homeric bard with a winsome smile. See him perform live, or simply press play on one of his albums, and you are sure to be moved by his poignant cross-genre crooning.

Here's what you say about
Mike Struwin - Storyline.