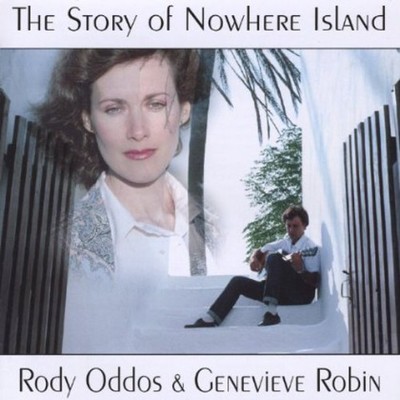 THE BIOGRAPHIES Rody Oddos Rody Oddos lives in Los Angeles since 1990. Born in the South of France, he followed his parents as a child, to North Africa and diverse provinces of France. He studied Music, Drama and English at the University of Montpellier, before settling down in Paris, where he began a career as a professional musician, singer and song-writer. He played the guitar and the synthesizer for many French artists, in the Pop and Rock'n Roll field, both on the stage and in the studio. He cut several records himself for different companies in Paris, including WARNER BROS (WEA), before running for a time his own recording studio. In the meantime, still interested in the dramatic art, he joined the Chekhov Players, and over an extended period of time, studied with John Strasberg, the son of Lee Strasberg, one of the creators of the world famous Actor's Studio. That's where he met with Genevieve Robin, and the idea of a show linking together theatre and music in a modern way was born. Genevieve Robin Born in Brittany, in the West of France, she studied Drama and English as well as Singing, before travelling for a while as a French assistant teacher in England and in the U.S. Later, establishing herself in Paris, she became a distinguished actress in the theatre, interpreting many of the most classical roles. She also appeared on the French Television in Series and Mini-Series, and she doesn't count anymore her works for dubbing, voice-over, and national commercials. Along with diverse experiences in films, she too joined the Chekhov Players and studied thoroughly with John Strasberg. In fact, she was the first interpreter of John Strasberg in Paris. Dany Dulauroy Born and raised in Reims, the capital of champagne in the North-East of France, he started studying classical music at the age of 4. At 6 he had acquired Perfect Pitch. Graduating from the Paris Music Conservatory, he has ever since played the cello in diverse symphonic orchestras, including the renowned Paris Opera Orchestra. A virtuoso on his own instrument, he also excels in writing scores for films, and symphonies. Orchestrator and friend of Rody Oddos for many years, he brings the richness of classical music to the modernity of rock songs. Alain Grimaud Born and raised on the outskirts of Paris, he attended University there. A passionate admirer of American music, he learned the guitar and song-writing on his own. Many of his works have been recorded by major French artists. Also a novelist and a journalist, his smart articles and reviews have appeared in the best musical magazines in France. Currently serving as chief-editor in a national publication, this long-time friend of Rody Oddos, proved to be extremely talented when fresh ideas were needed for 'The Story of Nowhere Island'.

Here's what you say about
Rody Oddos - Story of Nowhere Island.