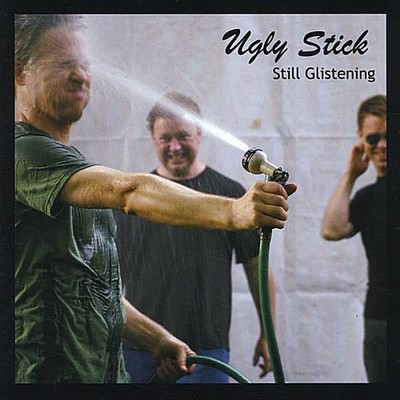 Hovercraft is proud to announce the release of Still Glistening, the first full-length offering from legendary Columbus, Ohio, cowpunk band Ugly Stick in 14 years. Formed in 1989, Ugly Stick (Dave Holm, vocals, guitar; Al Huckabee, guitar, vocals; Jeff Clowdus, drums; Ed Mann, bass) have been credited with pioneering the "bedrock of the Cowtown sound (Stephen Slaybaugh, Columbus Alive)" with their raucous blend of "'80s college rock scruffiness, drunken punk, indie-pop jangle, and hillbilly hoot (Eric Davidson [New Bomb Turks], Columbus Alive)" that set the standard for the countless young bands that followed in their footsteps in the decade-plus following their 1994 breakup. The band put out a handful of cassette-only demos before releasing their first and only full-length CD, 1993's Absinthe, on Blue House Records. Still Glistening will be in stores November 7, 2008, and will be available on CD, with a limited edition pressed on colored 12\' vinyl. The album will be available digitally from iTunes. Ugly Stick will be playing a string of dates throughout the Midwest to celebrate the release. Top 100 Columbus Albums of the Past 30 Years #11. Ugly Stick, Absinthe (1993, Blue House) When people talk about "cowpunk," this is what they mean. -Columbus Alive A reunion show a couple of years ago has led to a greatly anticipated new album and tour from a band that crossed the wires between X, Green on Red, and the Meat Puppets through the late 1980s and early '90s, only to split as the guys started to get really good. They're back and genuinely better than ever. -The Other Paper Seminal cowpunk outfit Ugly Stick pairs the hard, the hillbilly, and the nicely melodic. -Columbus Alive The real talk of the town was the reunion of Ugly Stick, one of the bands that defined the early '90s scene and, in all honesty, what is considered the "Columbus sound." Take roots rock written by college kids too clever for their own good, run it through the Pixies a couple of times, and you've got Ugly Stick. More than a decade later and they've still got it, running through crowd-pleasers like "Lettuce Farm" and "Wild Men of Borneo" with enthusiasm and energy. The times have changed, but good music is good music. Ugly Stick [leave] another generation of the Columbus music scene wanting more. -The Other Paper.

Here's what you say about
Ugly Stick - Still Glistening.