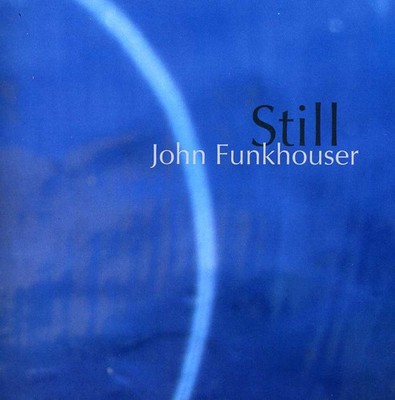 Liner Notes by John Funkhouser, July, 2013 • Indigo Montoya's Great Escape is a tune about my indoor cat (Indigo Montoya), his insatiable desire to go outside, and my ongoing struggle to keep him from doing so. It's meant to be sort of a portrait of his inner life. He spends a most of the rest of his time apparently veging out, but secretly plotting his next attempt at escape! • House of the Rising Sun is a tune I love because of it's deep, earthy blues and ultra-depressing lyrics. For me, this arrangement brings a kind of humanity and dignity to the song. A couple of my favorite verses: There is a house down in New Orleans They call the Risin' Sun And it's been the ruin of many a poor girl And me, oh God, I'm one. Well, it's one foot on the platform And the other foot on the train I'm goin' back to New Orleans To wear that ball and chain I'm a-goin' back to New Orleans My race is almost run I'm goin' back to end my life Down in the Risin' Sun • The Deep, along with House of the Rising Sun, My Romance, and Still, share a similar spiritual space for me--concerning work I've been doing lately in Alexander Technique, yoga, and meditation. They are an attempt to portray the feeling I get from these disciplines of being solidly grounded in the earth and simultaneously reaching Up--for the Infinite sky/space/universe/God/Allah/Krishna/whatever your word for it is, and about the dignity, inner space, centeredness, and joy found in that work. The Deep was written in Caribou, Maine, which is in the middle of nowhere, on a road trip with a band I play with sometimes called Natraj, and is connected to the endless woods and wild country we travelled through to get there. • My Romance: An open ended take on one of my favorite standards. (This version is in 5/4) • Little Rootie Tootie: A wild romp on one one of the many great Monk tunes, alternating between 7/8 on the A sections and 5/4 (or 15/8) on the bridge. • Leda was written on a tour of Costa Rica with the Matt Savage Trio. Leda was the name of one of our hostesses who was incredibly kind and helpful, especially when Matt's backpack was stollen at the end of a concert and he had to go to the police station and deal with all kinds of problems related to that. • Shakedown is a tune I wrote about 20 years ago for my graduate recital at New England Conservatory, and revised and expanded recently. The improv section has various little motifs that the soloist cues and the band jumps in on. This tune is one of my many attempts to create improvisational structures and frameworks that don't follow the usual jazz format of head-solos-head. • Still is heavily influenced my Hindustani Classical music, which I've been interested in for years, and have been learning about in greater depth recently from subbing regularly with Natraj.

Here's what you say about
John Funkhouser - Still.