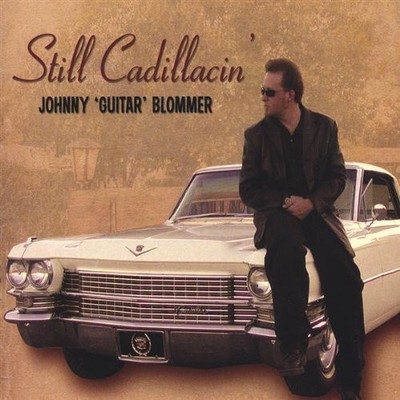 Johnny 'Guitar ' Blommer was born in St. Louis MO in 1971, Unbeknownst to him at the time, he lived a mere two blocks from Chuck Berry's nightclub in East St. Louis. The late night music may have been the first of many influences that led him to pursue a life of music, and the guitar in particular. Founder of the multi-award winning Bad News Blues Band, Johnny's playing is powerful and passionate without being overblown. The rich rhythmic phrasing that is his trademark subtly discloses his early training on drums. Dismissing the boundaries of the fret board, he explores and finds exactly the note he wants. He plays from the heart, giving soulful nods to blues guitar legends Freddy King, Buddy Guy and Albert Collins. With the up-coming release of Johnny's debut solo album 'Still Cadillacin'' the future of this young blues guitarist is looking bright. With his new band the Thousandaires he is sure to make a lasting impression on the blues scene, and bring some much deserved attention to the musical community here in the southwest. In the last eleven years Johnny has shared stages with many blue legends in including Lonnie Brooks, 'Wild Child' Butler, Coco Taylor, Andrew 'Jr Boy' Jones, Little Charlie and the Nightcats, 'Smokin' Joe Kubeck, Coco Montoya, The Holmes Brothers, Lil' Brian and the Zydeco Travelers, Joe Louis Walker, and Anson Funderburg just to name a few. When the Bad News Blues Band played Buddy Guy's Legends in Chicago, Buddy Guy himself said 'I'm flying to Australia in the morning and should have been home hours ago, but I had to stay 'cause you guys music sounds so good'. After three years of touring with Texas blues legend Long John Hunter, Johnny decided to concentrate on his own career and released the highly acclaimed 'Knockout' with the Bad News Blues Band which is still selling strong. With the release of 'Still Cadillacin'' he's ready to hit the road again and this time... in style.