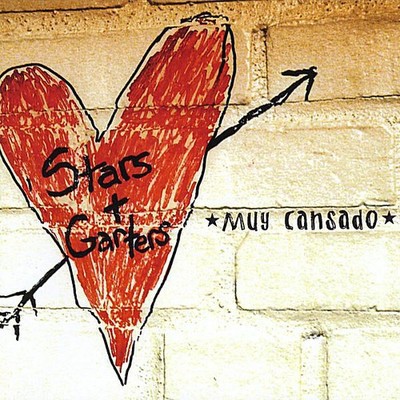 In the late '90s, there was a college rock/alternative sound comprised of bands like Dinosaur Jr., The Lemonheads, Letters To Cleo, The Volcano Suns and The Blake Babies. That sound has been missing for far too long. Fortunately Boston's Muy Cansado has harnessed that sound and made it their own, while keeping it fresh and unaffected. Muy Cansado's name may describe how they're feeling: very tired. And you can't hold it against them either; these Boston rockers have been working hard. They recently released their debut album Stars & Garters, which they\'ve been touring across the US in support of. Singer and guitarist Chris Mulvey met bandmates Dave and Lisa as a result of a Craigslist ad. Their sessions together did not last long, as Mulvey departed for Los Angeles soon after meeting. Following a spur of the moment surprise gig to reunite the trio, the group's chemistry became obvious, prompting Chris to move back to Boston. Playing in clubs across the country, Muy Cansado has gained a respectable following in all venues spanning from clubs to beaches to biker bars. Their energetic and catchy riffs have gained the band positive reviews, a strong following, and translated to serious airplay on college radio across the country. The band is still working hard to expand on the base they\'ve built. "We\'re really excited with how far we\'ve come," Mulvey explains, \'but as soon as you stop working at it, then it\'s over.\' \'Plus,\' adds Libera playfully, \'We\'d get bored with normal life.\' Their edgy pop sensibilities have drawn comparisons to the Pixies, David Bowie, and the Talking Heads. They recorded their debut album, Stars & Garters, at Q Division and released the album through their collaborative label, Precious Gems The Label, in August 2008. "Chris Mulvey\'s vocals on this record are pretty insane. . . .His notes elongate into a stage scream while bassist Lisa Libera\'s harmony softens the blow. All the while, drummer David Fine sharply punctuates the beat. . . .seriously one of the better debut albums we have heard for some time." - Ryan\'s Smashing Life.

Here's what you say about
Muy Cansado - Stars & Garters.