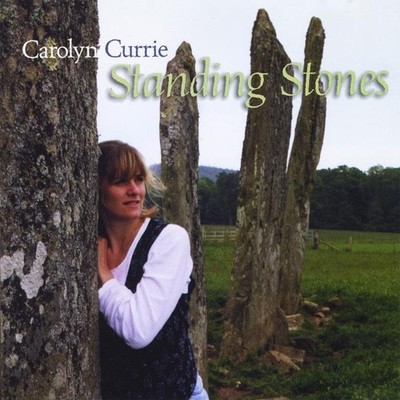 Carolyn's 'music has a cool, layered sound and is utterly spell-binding. It's quite impossible to not give your full attention to Currie; her enchanting voice, music and exceptional lyrics simply will not allow it.' Femme Musique 2010 CD 'Waves of Silence' debuts at #24 on the Cashbox Magazine folk radio charts (Roots Music Report) 2009 Wildflower Music Festival Song Competition FInalist 2005 Performing Songwriter Magazine chooses CD 'Kiss of Ghosts' as a top independent release 2004 Falcon Ridge Folk Festival Emerging Songwriter Showcase 2003 Newfolk Finalist, Kerrville Folk Festival, Kerrville, TX 2003 Troubadour Finalist, Telluride Bluegrass Festival 1999, 1996, 1995 Festival Songwriter's Showcase, Rocky Mountain Folks Festival 1999, 1996, 1995 Troubadour Finalist, Telluride Bluegrass Festival 1995 Mid-Atlantic Song Contest, Second Place Winner (Adult Contemporary) 1995 Winner Songwriter Competition, Napa Valley Folk Festival 'Carolyn Currie is one of the hottest performers in the Seattle music scene and is considered one of the best songwriters in the country,' says the Tacoma Reporter. She has delighted audiences at Bumbershoot and Folklife, California's High Sierra Music Festival and Napa Valley Folk Festival, Colorado's Telluride Bluegrass Festival and Rocky Mountain Folks Festival. Described as 'haunting' her 'luminous voice' carries listeners to a place of reflection and emotional intensity. Femme Musique writes, 'Be prepared to experience insight, reflection, humor and beauty. Carolyn's distinctive voice weaves through your thoughts, binding itself permanently to the fabric of your brain. Her music . . . is utterly spell-binding.' 'Enya-like, she can transport you to other lands, or bring you home to a place within your heart,' writes the Victory Review. The Tacoma Reporter notes, 'Even more impressive than Currie's obvious talent as a performer is her genius as a songwriter and lyricist. You will swear, by the end of the night, that a least one of her poetic melodies was written specifically about you.' Dirty Linen emphasizes all this with a simple, 'Look out Dar Williams and Catie Curtis . . .' Carolyn's two CDs, No Heroes and Standing Stones have garnered multiple songwriting awards and a national following for the folk rock singer-songwriter. Her third album, Kiss of Ghosts, will be released in 2003.

Here's what you say about
Carolyn Currie - Standing Stones.