Bobby Zee - Standards in the Key of Cool 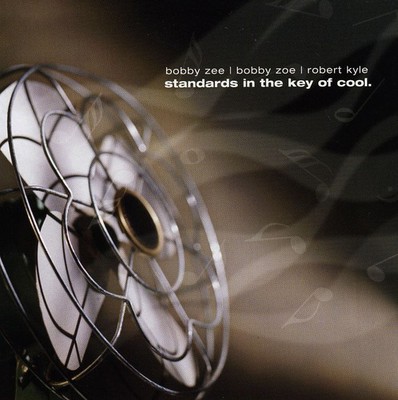 Robert has been playing music for most of his life, everything from playing on street corners to touring worldwide as a member, and later musical director of blues diva Linda Hopkins' 'Black and Blue Quartet.' He has performed and/or recorded with some of the top names in the music business including Linda Rondstadt, Carole King, Michael Bolton, Kenny Loggins, Brenda Russel, Della Reese, Lou Rawls, and many others. He is a featured soloist on numerous albums, T.V. shows and films. Robert has released four albums on his own Dark Delishious Music record label, and one on Upside Out records. He will be in the studio in the summer of 2002 to record his latest project. A straight-ahead jazz quintet record featuring all new and original material. He performs regularly at L.A. area clubs and festivals including the Playboy Jazz Festival, the 94.7 FM Wave Concert Series, Jazz On The Green Festival, The Whittier Uptown Festival, The Baked Potato, Steamers, Kikuya, Jax, Spaghettini, The Hollywood Park Casino and numerous others. Born and raised in the San Fernando Valley in the Los Angeles area, Robert came from a home in which music was an important part of daily life. His parents and three sisters are passionate music lovers. Robert entered college as a music major and aspiring drummer, but found himself drawn to the saxophone. Says Robert, 'Once I held a saxophone and started to play it, something clicked, I knew I'd found my voice.' Robert has studied under Bill Green, Lanny Morgan, Plas Johnson, Danilo Lozano, Herb Geller, and for the last fifteen years, Phil Sobel, leader of the West Coast Sax Quartet. In 2000 he began studying Lyle 'Spud' Murphy's Equal Interval system of composition and arranging. In early 2002 he went to Havana, Cuba to study folkloric music at the Havana Conservatory as well as private studies with Jorge 'Lele' Sorzano from 'Los Van Van' and master flutist Richard Egues. In addition to his teachers, Robert names his saxophone influences as Stan Getz, 'Lockjaw' Davis, Zoot Sims, Lester Young, Maceo Parker, Charlie Parker, Lucky Thompson, Dexter Gordon, Ben Webster, and John Coltrane. 'Some of my biggest influences,' he adds, 'have been the singers I've worked with, especially Linda Hopkins. She can do more with one note, than most singers can do with a bucketful. As for writers, I love Bach, Mozart, Beethoven, Ravel, Debussy, Stravinsky, Vaughn-Williams, Duke Ellington and Antonio Carlos Jobim.' Bobby Zee is a gifted, multi-talented musical artist. He is a composer, performer, arranger, producer and accomplished musician on several instruments including piano, guitar and vocals. He has performed as a solo artist or with his band 'Joint Effort' in numerous concert and club appearances throughout the United States and Europe. Bobby is an award winning composer who has composed and performed music for Motion Pictures and Television, and in the past has been on the judging staff for the cable Ace awards. Bobby has recently teamed up with some business and artistic associates to form a new independent record label, 'Morpheus Music'. Using this vehicle, Bobby continues to write, record, release and promote new CDs both as a solo artist and with his musical friends. Bobby 'Zoe' Soler has been composing, performing, arranging and producing music all his life. Zoe plays stand-up and electric bass, electric and acoustic guitar, keyboards and vocals. He is also an accomplished fine artist in a variety of mediums including acrylic on canvas. He has performed numerous concert and club appearances throughout the United States and Europe. Zoe has also composed and performed music for Motion Pictures and Television, and has been on the judging staff for the cable Ace awards. Zoe has recently teamed up with long time business partner Bobby Zee to form a new independent record label, 'Morpheus Music'. Zoe uses his talent as a graphic and fine artist to create art work, graphics and layout for the CD and cassette covers and booklets. Zoe's versatility as a musician and artist was a major part of the project from 'Morpheus Music' called 'Seven Stories'. As a partner in 'Morpheus Music', Zoe continues to write, record, release and promote new CD's through the judicious use of his musical friends.

Here's what you say about
Bobby Zee - Standards in the Key of Cool.