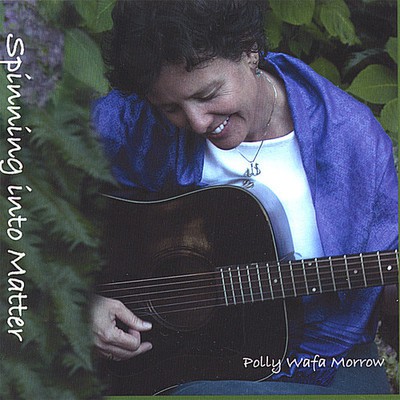 These songs and being able to perform are the answer to a lifelong prayer to be able to create, live and express my inner passion. Many old friends and family have not known this musical part of me. I did not know it in myself for many years. I taught myself guitar in 7th grade and played John Denver's "Sunshine on My Shoulders" for the assembly at Camp Nor'wester. I played coffeehouses in college. My heart was so heavy in those years when I struggled with inner demons that most of my music consisted of haunting ballads and songs of lost love. Joni Mitchell, Judy Collins, Joan Baez and Bonnie Raitt were my favorites. Sometime after college, my heart shut down leaving my guitar and voice quiet for many years. I'm 48 now. A couple of years ago, some friends asked me to sing in their daughters wedding and later I played in a couple of fundraiser concerts for our friend Andrea and a couple more weddings. During that time, Andrea's childhood sweetheart, Allan Chino offered to record a song for me in his recording studio. I was touched by his offer, but didn't think I would ever take him up on it. The writing started in the fall of 2005 during Ramadan after a friend played the piano for me one night. He never played for anyone but his kids, so hearing him was a rare gift. When he played, I felt his soul expressing in the tones of the keys. He was only willing to play once, which while frustrating, inspired me to ask the question, "What would my soul say if I gave her a chance to sing?" My friend David Wilcox had also inspired me the year before with a transmission about the soul of the guitar and the notion of letting it sing to me. With these notions in mind I started letting the guitar sing and letting my soul express. The tones of the guitar fed my heart, the vibration of the instrument on my belly nourished me. Sometimes I would even put my ear on the guitar while I played to ingest the tones completely. "Filling the Empty" was the first song, followed by "When You Don't Tell". Some songs came slowly over a couple of weeks, most came in like freight trains, often in the middle of the night within several minutes. Some of the music comes from the experiences that have deepened the compassion in my being, others from the sheer joy of being alive. The songs exist without me: I am simply a conduit for their entry. It's difficult to say that I wrote this music. It is not something that I do, it's something that moves through me-a gift, a harbinger from my inner landscape. Creating the music with Allan was amazing! Ever week I would bring a new song and he would come up with different arrangements. Later Chuck joined us, adding beautiful nylon-stringed acoustic guitar parts. There's just nothing like singing into the microphone while hearing all of the tracks coming in through the earphones! Karaoke at it's best! What else would like to know? I am a mother, a lover of God, a lover of Swiss Chard. The rest is unfolding. Sufi's say, "alhamdullilah" which means "all praise goes to God". Alhamdullilah! This is what is important for me to say.

Here's what you say about
Polly Wafa Morrow - Spinning Into Matter.