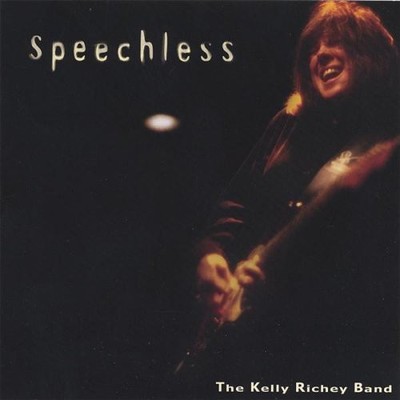 With Speechless, Guitarist Extraordinaire Kelly Richey Has Something To Say CINCINNATI, OH - With the August 8 release of her new CD, Speechless, on Sweet Lucy Records (distributed nationally by Select-O-Hits), guitarist/vocalist extraordinaire Kelly Richey returns with her first new studio album in five years. Kelly has won multiple awards, played on stage with Lonnie Mack and Albert King, toured internationally, and as Blues Revue stated in a review of one of her earlier albums, "She's overflowing with confidence and the kind of star power that can't be faked." Speechless is worth the wait, as this latest project marks yet another achievement in Kelly's diversified musical career. It's a truly remarkable effort that fulfills a dream of the Cincinnati-based artist to write and record an all instrumental album that pays tribute to many of the guitarists who have both inspired and influenced her throughout the years: Roy Buchanan, Jeff Beck, Al DiMeola, Pat Metheny and Michael Hedges. On Speechless, Kelly salutes several of her guitar heroes with nine songs that demonstrate the breadth of her playing. Among the many standouts, are the opening track, "One Day We'll Feel the Sun," with a clear nod to Jimi Hendrix; "Is There Any Reason," which recalls the tones of Roy Buchanan; "Climb the Highest Mountain," with it's Joe Walsh/James Gang influences; "Stand Alone," played in the Lonnie Mack style; and "Without a Trace," which will remind listeners of the Eric Clapton/John Mayall and the Bluesbreakers sound. Speechless represents a different perspective, an added dimension of Kelly Richey and her new band. The songs are fresh, mature, at the same time staying true to her unique ability to emote and express the passion in her playing. All songs were written and recorded in the new Sweet Lucy Records studio, Underground Playground, by Kelly and her band: David Clawson on drums and 'Jimmy V' Valdez on bass. She continues to evolve as an artist and has never limited her guitar playing to only one style or genre; instead she has played straight from the heart, weaving blues and rock together expressing both the pain and the joy of life. Kelly Richey's trademark when performing live is to take no prisoners, laying it on the line, giving everything she's got with each and every performance. It's paid off for Kelly and her band, winning numerous Cincinnati awards as best blues band, best rock band, best local musician and best local band. "It's Richey's fast, powerful picking hand that sets her apart from the typical blues-drenched rockers," said Guitar Player magazine. "To say that Richey has bonded with her guitar is an understatement." This same live intensity explodes in the nine tracks found on Speechless. Until now, it's been said that Kelly's past live recordings were the only place to capture the raw, untouched energy of her playing at it's best. Speechless showcases her guitar work at it's absolute best, displaying a development, sensitivity and maturation far beyond anything else she has recorded to date. For those of you who have yet to experience Kelly Richey as a guitarist, get ready, buckle up, and strap yourself in tight!

Here's what you say about
Kelly Richey Band - Speechless.