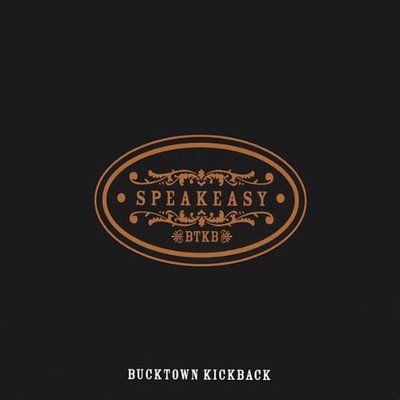 Formed in central Ohio by Adam Brooks Dudding, BuckTown KickBack made it's debut in August of 2002. Since it's creation, 'BTKB' has entertained thousands from neighborhood bars and college watering holes to music halls and amphitheaters throughout the Midwest including shows in Chicago, Louisville, Nashville, and Austin. They've also had the pleasure of opening up for national and international acts like ALABAMA on their 'Farewell Tour' at The Germain Amphitheatr, Railroad Earth at the Newport Music Hall and Junior Brown at Little Brother's in Ohio. BuckTown KickBack's debut album SPEAKEASY hit Americana Radio stations Fall 2005 and raced up the Americana Charts landing at #1 on the Roots Report Folk Airplay Chart, #6 on the Roots Top 100, #33 on the Internet Airplay Chart and #58 on the AMA Airplay Chart (700) the week of December 12, 2005. Their music, just like their live performances, showcases their intoxicating blend of the old and the new with intelligent songwriting and incredible musicianship. The band is currently preparing for the release of their follow-up studio album 'Lost In Your Own Hometown'. Here's what some other folks say... "Founded three years ago in Columbus, BTKB slide easily from Bluegrass to Country to a rootsy Americana at the drop of a wide-brimmed hat...The quintet received great regional for their recently released debut full-length, SPEAKEASY. The country palette of the Grateful Dead, The Roots Pop spark of the Nitty Gritty Dirt Band" -Citybeat "The landscape of Speakeasy is a rich, open countryside, ambitious with the troubadourian spirit of old-country...Bucktown Kickback tread familiar ground with their signature footprint. From the nostalgic yearn of "A Girl Like You" to the swift gallop of "Meta" this repertoire of American folklore is flawless." - Ryan Hoffer, A&R / Shut Eye Records, Inc. "Their 15-track album is characterized by subtle variations on the standard alternative-country template - all warm melodies, sparsely arranged, and gentle harmonies dressing the plaintive lyrics...Notable flourishes abound on SPEAKEASY which is innovative without sacrificing cohesion. Bluegrass creeps in on 'Since You Been Gone' and the instrumental stomp 'Big Sand Furnace', and jazzy bass work under-girds 'Punch In The Nose,' a languid, swampy triumph." -The Sentinel Tribune '...The group has been a steady presence on the local and regional club circuit, honing already impressive skills. Their album is an excellent collection of 15 down-home originals that blur the line between bluegrass, folk, pop and boozy country-blues. Echoes of the Grateful Dead's Workingman's Dead, John Prine and the Nitty Gritty Dirt Band run throughout SPEAKEASY, but the group is smart enough to take those as starting points.'" -The Columbus Dispatch '...Drawing from a wellspring of inspirational sources ranging from bluegrass to Dixieland, the five-piece outfit has been churning out pleasantly eclectic rustic sounds for about three years...' -The Alive 'This is an alt-bluegrass band from central Ohio. We have seen them live, and enjoyed them very much (the show was outside and free, yet better than most $50-per-ticket acts floating around). As we heard them play, many bands came to mind, such as the Flying Burrito Brothers, Dillard and Clark, Railroad Earth, and of course the Byrds....check them out, since they play creative original Americana tunes.' - Byrds.net.

Here's what you say about
Bucktown Kickback - Speakeasy.