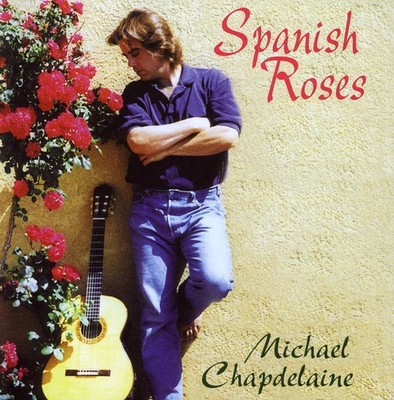 Michael Chapdelaine is the only guitarist ever to win First Prize in the world's top competitions in both the Classical and Fingerstyle genres; the Guitar Foundation of America International Classical Guitar Competition and the National Fingerstyle Championships at the Walnut Valley Bluegrass Festival in Winfield, Kansas. From New York's Lincoln Center to the Cactus Cafe in Austin, from Milano to Bangkok, Michael continues to enchant, dazzle and surprise audiences and critics alike as he redefines the modern acoustic guitar with his amazing technique, 'soulful' expressiveness, and versatility as a performer, composer and arranger/producer. His performances, played on both steel string and classical guitars, include musical styles ranging from blues to Bach to country to rhythm n' blues as he wins his audiences hearts with breath taking technique and the poetic magic of his original musical portraits and landscapes. In the 80's and 90's Michael proved himself to be one of the world's finest classical guitarists; twice winning the coveted National Endowment for the Arts Solo Recitalist Grant, and taking First Prize in both the Guitar Foundation of America's and the Music Teachers National Association's Guitar Competitions. He also won the Silver Medal in Venezuela's VIII Concurso International de Guitarra 'Alirio Diaz'. He has toured four continents while giving hundreds of performances for Affiliate Artists Inc., and various arts promotion organizations. In 1992 he recorded the Sonata Romantica CD, (now re-released as 'Mexico'), which many critics and connoisseurs of classical guitar consider to be one of the definitive recordings for the instrument. Acoustic Guitar magazine wrote '... if I were marooned on a desert island with a limited selection of recordings, this one would be among my choices...I have seldom heard a more beautiful album. Other young guitarists have excellent technique, but few have such style and musicality, and Chapdelaine's beautiful tone is the nearest to Segovia's that I can recall.' In 1994 Michael turned his attention to pop music, in arranging, producing and recording Time-Life Music's beautiful Guitar by Moonlight collection (also released as 'with love'), which sold 250,000 copies in it's first two years in the stores. In 1998, he once again, expanded his musical range and gained instant notoriety and credibility in the 'acoustic music' world as a 'fingerstyle' guitarist and composer, by winning the National Fingerpicking Championships at Winfield. Michael is Professor of Music and head of guitar studies at the University of New Mexico, and has previously been on the faculties of the University of Colorado at Denver and Metropolitan State University. He has given master classes throughout the world including, China, Thailand, Malaysia, Peru, Venezuela, Taiwan, Indonesia and at institutions such as, University of Miami, Mannes School of Music, University of Texas, and California State University. His teachers included the great Spanish maestro Andres Segovia.

Here's what you say about
Michael Chapdelaine - Spanish Roses.