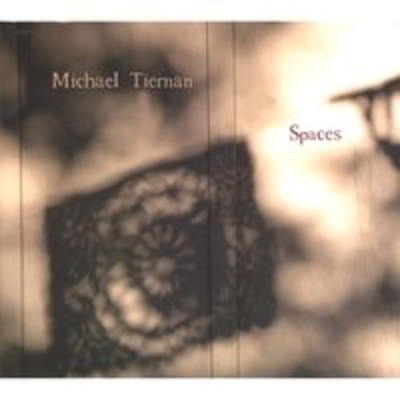 Featured on ABC's hit TV show, 'Men in Trees'! 2007 Pacific Songwriting Competition Songwriter of the Year 2007 International Acoustic Music Awards Male Artist of the Year RunnerUp 2006 Kerrville Songwriting Finalist 2005 AAA Album of the Year, Los Angeles Music Awards 2004 Male Singer/Songwriter of the Year, Los Angeles Music Awards The Story 'So a priest walks into a bar and pulls out a guitar...' Sound like the beginning of a joke? The funny thing is - a few years back, this could've described an evening in Michael Tiernan's life. It's hard to believe that just several years ago as a young seminarian studying at the Vatican, Tiernan was raising the ire of his superiors by playing gigs in the pubs of the city. Just a year away from being ordained, Tiernan left that calling for a higher one: his life-long love of music. Today, he's one of the West Coast's hottest songwriters, and his rise in the national singer/songwriter scene is the blossoming of an amazing story. A cancer survivor, a world traveler, a student of languages, philosophy and religions, his music is fully seasoned with the experiences of ten lifetimes. A believer in the power of music to heal, express, unite, and encourage, Tiernan is a songwriter who 'makes you think while he entertains you' (Folk Wax Magazine). The Music Now three albums into a burgeoning career, Tiernan's music has developed into a unique brand of acoustic guitar-centric blending of folk, rock, pop, soul, and bluegrass. Stylistically, it 'adheres to no boundaries; every genre is crossed as Tiernan showcases his technical skill with exceedingly intricate guitar work' (San Diego Reader). Drawing comparisons ranging from James Taylor to Jack Johnson, from the Counting Crows to Woodie Guthrie, his music is both completely modern and relevant, yet contains a timeless 'wealth of wisdom' (Santa Barbara Independent), demanding that one relaxes, listens, thinks, relates, and hopefully, feels good about living. The Show Both as a talented solo performer and an invigorating band leader, Tiernan thrives on intimate connection with the audience, storytelling, and control of dynamics to create an experience that strives toward, and often reaches, the spiritual. As the leader of the Michael Tiernan Band, a whole different emotive and energetic side of the music comes out, creating a spicy, lively, and danceable show with ace players on fiddle, bass, and drums. The Community Tiernan also gives back to the community through his participation in local and national cancer-support foundations and through organizing music events to showcase up-and-coming artists in his native San Diego.

Here's what you say about
Michael Tiernan - Spaces.