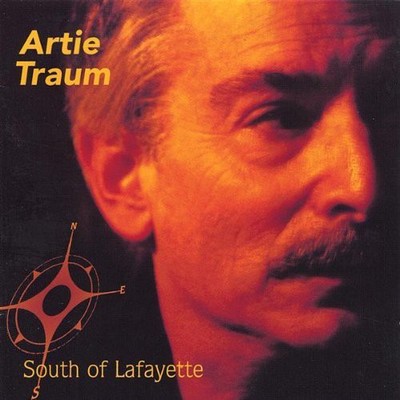 'Artie Traum is a remarkable player and songwriter whose work defines the vitality and sophistication of American acoustic music.' -- Acoustic Guitar Magazine A pioneer of the 1970's acoustic music scene, Artie Traum has released over 30 albums, including projects with Happy & Artie Traum, Pat Alger, the Woodstock Mountain Revue and solo instrumental CD's for Narada Records. His recent instrumental CD's have established him as a guitarist with 'an uncanny ability to mix jazz with Appalachian folk.' (Jazz Times/2002) Traum's 1994 release Letters From Joubee (Shanachie) hit #1 on the smooth jazz radio charts and stayed at the top for 6 weeks (Gavin AA chart). The followup Meetings With Remarkable Friends (Narada 1999) was awarded Best Acoustic Instrumental Album of 1999 (NAV Award). Meetings With Remarkable Friends was voted Best CD of 2000 by Hudson Valley Magazine and called 'a timeless masterpiece' by the Woodstock Times. In 2001, Traum released 'The Last Romantic' (Narada) which was placed 'on this year's list of best releases' by Jazz Times. Traum's latest vocal CD 'South of Lafayette' was described as a 'hip fusion of folk and jazz esthetics' by Sing Out Magazine. Artie Traum's songs have been recorded by The Band, David Grisman, Tony Rice and he has recorded or produced artists Pat Alger, John Sebastian, Tom Akstens, Jay Ungar and Molly Mason, Bela Fleck, Sam Bush, Tony Levin, Livingston Taylor and The Band. He has performed in Japan and Europe, at the Catalina JazzTrax Festival, Philadelphia Folk Festival and the Newport Folk Festival, and has composed music for film, radio and tv shows. Jazz Quarterly wrote that 'Artie Traum is a great player and writer.' Artie Traum is currently a clinician for Taylor Guitars, performing guitar workshops around the world. In 2003 he has plans to perform in Paris (September/American Cathedrale), England (November 2003 tour) and across the USA. Traum's instructional materials such as Essential DADGAD and Essential Riffs For Guitar continue to be best-sellers for Homespun Tapes and Hal Leonard Publishing. 'Artie Traum has the natural, soulful touch that other guitarists only dream about.' Steely Dan's Donald Fagen, writing about Letters From Joubee 'Elegantly crafted acoustic folk-jazz...' (Jazz Times, November 2002) 'The songs are a hip fusion of both folk and jazz esthetics and feature excellent playing from Artie...' (Sing Out, Fall 2002) 'One of the most interesting albums I've heard in ages...' Jeff Wignal, WPKN, CT 'Traum is a true poet...' Wood & Steel, Fall 2002.

Here's what you say about
Artie Traum - South of Lafayette.