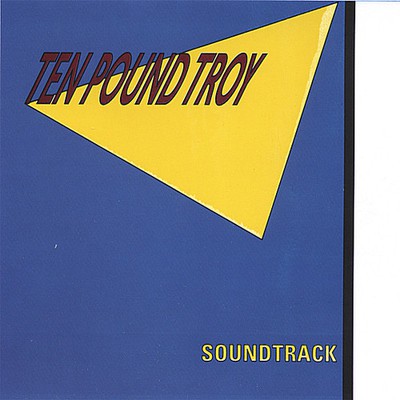 Notes: SOUNDTRACK FEATURES REMIXES OF UNCHAINED & DISAPPEAR. THE EP ALSO FEATURES A LIVE TRACK RECORDED FROM A LIVE SHOW IN BURBANK 1996. FEATURES: RYAN HEMMING - VOCALS, GUITAR MICHAEL HEMMING - DRUMS, BACKING VOCALS GARRETT JOHNSON - BASS, KEYBOARDS KEN NORIEGA - GUITAR - AMATOL REGINA ZERNAY - BASS - AMATOL PRODUCED BY: MARTIN BLASICK RELEASED BY: MOTION CITY RECORDS Check out what the press has to say about Ten Pound Troy: BAM #552 - February 12, 1999 '.. Endless Loop is a collection of dark, brooding rock songs that flows in it's distortion from track to track... 'Bender,' 'Disappear,' 'Platitudes,' and 'Everything About Nothing' are the ones that will stick long after the disc has been returned to it's case.' Mean Street Volume IX Number 7 - January, 1999 'For a pretty laid-back band, Santa Monica's Ten Pound Troy pack a disarming and unexpected punch. The bulk of Endless Loop finds the band in a comfortable, relaxed pop mood, offering sparse instrumentation, gentle harmonies and the odd psychedelic tinge with buzzing guitar forays or loopy keyboards. There's bits of the Byrds and The Beatles in there, or so it seems, but none of the insidious idol worship so many Brit-pop bands exhibit. But Ten Pound Troy also has a Nirvana-esque knack for sonic drama, with punchy, driving riffs emerging to kick up the chorus of 'New Leaves' or 'Disappear' or providing the opening salvo to the title track before retreating when the vocals begin, only to return for the chorus or bridge parts. The band has a good sense of balance between pop cathciness and rock balls and are savvy enough to avoid predictability on the likes of 'Platitudes' by building to what seems will be the explosive, feedbacky crescendo, but then pulling back before delivering the blow. Ten Pound Troy can get a bit too mellow at times, but they've got more than enough spunk to make up for it and prove they're not just another bunch of shoegazers.'

Here's what you say about
Various Artists - Ten Pound Troy.